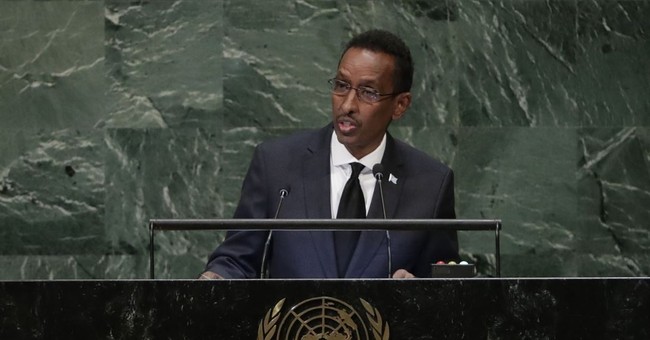 The United Nations decided it would be a good idea to elect several countries with terrible track records on women’s rights to sit on boards that promote…women’s rights.

Oddly, the U.N. Women’s website acknowledges some of these countries’ atrocious records regarding women’s rights.

On Somalia, for example, it says “Somalia has extremely high rates of maternal mortality, rape, cases of female genital mutilation, violence against women and child marriage. Women’s access to justice is restricted both within the formal, clan based and sharia-based judicial systems. Women face limited access to economic resources and assets. This is compounded by women’s low participation in politics and decision making spheres.”

The description continues: “Violence against women and girls remains high in Somalia with displaced women and girls targeted. Somalia also has a history of violent attacks on women leaders, women who speak out against gender-based violence and the men and women who defend them."

According to the World Economic Forum's global gender gap ranking based on "Economic Participation and Opportunity, Educational Attainment, Health and Survival, and Political Empowerment," among the 10 worst places to be a woman are Lebanon and the DRC.

U.N. Watch's executive director Hillel Neuer told Fox News the election of these countries is a "betrayal of the U.N.'s founding principles."

“By placing regimes that are complicit with some of the worst crimes committed against women to global leadership posts on women’s equality, the U.N. is saying that they don’t really care about the rights of women,” he said. “This just sends absolutely the wrong message.”

He continued: "Countries that show contempt to the founding purposes of UN women’s rights bodies should never have been elected as their leaders. It’s asking the fox to guard the chickens.”

This, unfortunately, is just par for the course for the U.N., which has a bad habit of placing the worst offenders of human rights on the Human Rights Council (such as the DRC, Cuba, China, Saudi Arabia, and Eritrea).