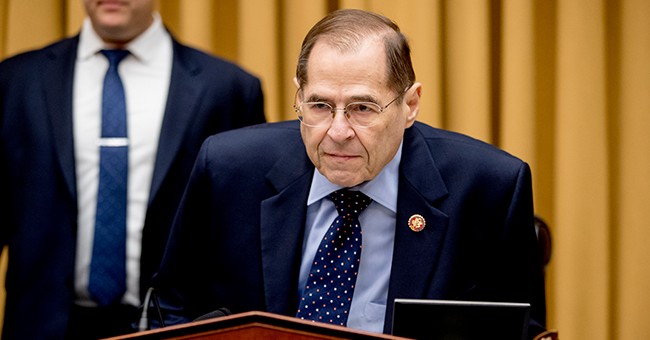 “I have issued a subpoena to the Department of Justice for the full version of the Mueller report and the underlying evidence. The Department is required to comply with that subpoena by May 1," Nadler said in a statement. “I am open to working with the Department to reach a reasonable accommodation for access to these materials, however, I cannot accept any proposal which leaves most of Congress in the dark, as they grapple with their duties of legislation, oversight and constitutional accountability.”

He continued: “My Committee needs and is entitled to the full version of the report and the underlying evidence consistent with past practice. The redactions appear to be significant. We have so far seen none of the actual evidence that the Special Counsel developed to make this case. Even the redacted version of the report outlines serious instances of wrongdoing by President Trump and some of his closest associates. It now falls to Congress to determine the full scope of that alleged misconduct and to decide what steps we must take going forward.”

This morning, @HouseJudiciary has issued a subpoena to the Department of Justice for the full the Mueller report and the underlying materials. DOJ is required to comply with that subpoena by May 1. pic.twitter.com/nzu9O5CC36

In his press conference ahead of the report's release, Attorney General William Barr explained the reason for the redactions, which related to four categories of information, including grand jury material, investigative techniques, information that would harm ongoing prosecutions, and personal privacy.

Barr noted that none of the redactions were made at the request of President Trump's personal attorneys.