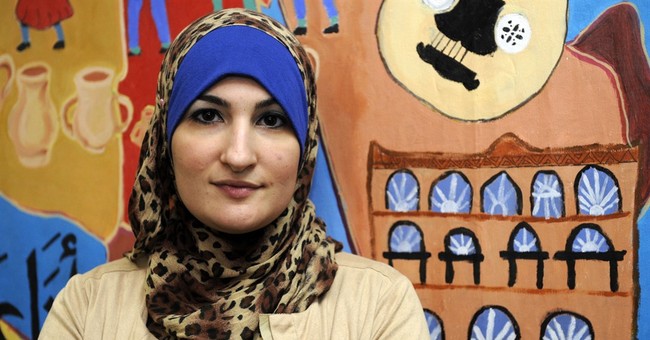 “Friends, our supporters, you know the Women’s March we’re going through some rough times and if you know anything about this past week, I’m going to give you some ideas of what we did this week. So, many of you know that our sister Congresswoman Ilhan Omar was under attack,” Sarsour said. “Being able to mobilize progressive leaders across the country to sign onto a letter to organize a press conference in support of Ilhan Omar to call on the Democratic leadership to actually expand the language of the resolution to include condemning all forms of bigotry because that’s the kind of movement we’re apart of.”

She continued: “The women’s march is a movement that unequivocally rejects all forms of racism and anti-Semitism, Islamophobia, homophobia, transphobia and that’s what we called on the Democratic leadership to do — that in our lifetime we made history with a resolution that is going to be in the public record for life.”

??Sarsour explaining how she, CAIR and other Mu$lim organizations took control of the House, protected Omar, and demanded Pelosi rewrite the censure to include all forms of hate.

Sarsour delivered a letter to Pelosi with over 500 agency signatures. ??Look inside for more info pic.twitter.com/pLnDoMF83p

The original resolution condemned anti-Semitism after remarks Omar made but the vote was delayed so that the language could be broadened to include all forms of bigotry.

Omar’s name was not in the final resolution despite a number of Jewish members pushing for its inclusion.

Proud to be part of an inclusive movement that calls on us to stand up against all forms of bigotry and rejects pinning us up against one another. They tried to divide us but we won. Updated new res. language here: https://t.co/cOxpSSglni #IStandWithIlhan pic.twitter.com/N3VmvItYma