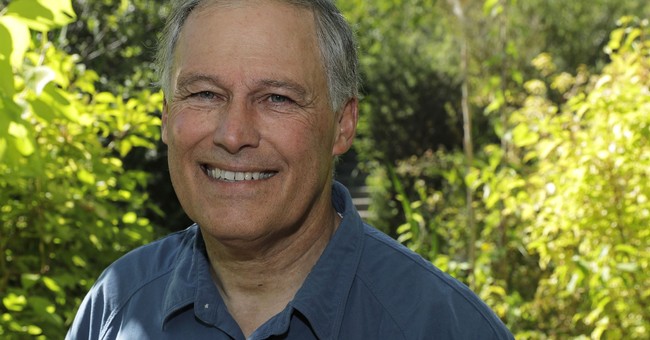 “We went to the moon and created technologies that have changed the world — our country’s next mission must be to rise up to the most urgent challenge of our time: defeating climate change,” Inslee says in a video announcement.

The 68-year-old governor will officially launch his bid in Seattle on Friday.

He plans to stand out from the field by focusing on climate change.

“Climate change is a unifying issue,” Inslee told The Associated Press in a recent interview, calling it a moral necessity and an economic opportunity.

“This issue is connected to virtually every other value system and thing we want to do in our communities,” he said, mentioning environmental justice, infrastructure, clean energy, health care and national security.

Inslee argues that no presidential candidate has hinged a campaign as heavily on climate and environmental policy as he will. He may have a larger opening since billionaire environmental activist Tom Steyer has passed on a national campaign, opting instead to continue his advocacy for impeaching and removing Trump from office. Former New York City Mayor Michael Bloomberg, a billionaire who has spent millions of dollars on climate issues, may run.

Inslee has not specifically endorsed the Green New Deal introduced by New York Rep. Alexandria Ocasio-Cortez and Massachusetts Sen. Ed Markey. Inslee instead advocates for a more piecemeal approach he describes as ambitious but attainable, and he avoids promising specific reductions of carbon emissions under an absolute timeframe. The Green New Deal targets 2030 for the U.S. to become net carbon neutral. (AP)

“Jay Inslee’s chances of becoming president are exactly what he’s polling at: zero. His campaign will only force Democrats into embracing more extreme policies, like a carbon tax, which would kill jobs, raise energy prices, and disproportionately hurt working-class Americans," he said in a statement.