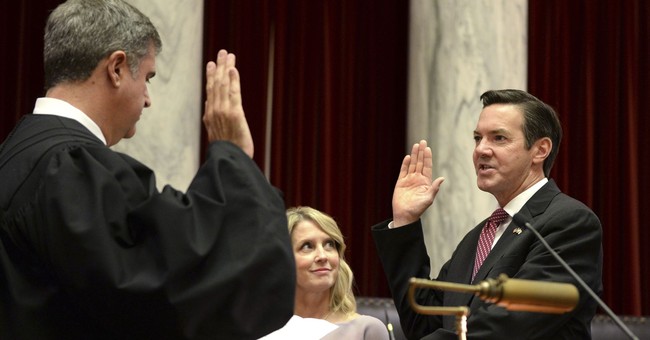 The Democrat-controlled House Committee on Natural Resources may soon strike the reference to God in the oath given to witnesses testifying before the panel, according to a draft, Fox News reports.

Rather than including “so help you God,” at the end of the oath, it would instead read: "Do you solemnly swear or affirm, under penalty of law, that the testimony that you are about to give is the truth, the whole truth, and nothing but the truth?"

The rules proposal places the words "so help you God" in red brackets, indicating they are slated to be cut. The words "under penalty of law" are in red text, indicating that Democrats propose to add that phrasing to the oath.

Other rules changes relate to expanding the committee's authority over natural gas in Alaska and fossil-fuel resources.

While many federal oaths include the phrase "so help me God," some -- most notably the presidential oath of office -- do not. (FoxNews.com)

A vote will be taken on the new language by the committee this week and will take effect immediately if approved.

"They really have become the party of Karl Marx," she said.

Notably, the Democratic Party also attempted to remove reference to God in their party platform in 2012, only for it to be reinserted after backlash.