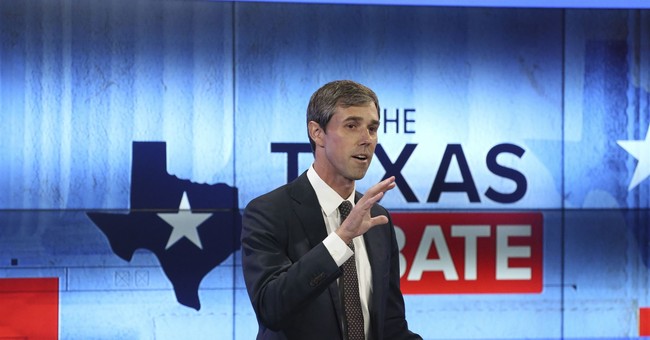 Democratic Representative and Texas Senate candidate Beto O’Rourke accused President Trump on Tuesday of trying to “stoke fear and paranoia” ahead of the midterm elections.

“Interesting that he drops this proposal with a week to go until the Nov. 6 election,” O’Rourke said during an MSNBC town hall when asked about the president’s plan to end birthright citizenship by executive order.

He then turned his focus to the migrant caravan heading north to the United States’ southern border.

“Interesting that he tries to stoke paranoia and fear about a group of migrants who are still hundreds of miles, weeks away from the U.S.-Mexico border if they even make it this far,” he added.

“I think he’s trying to play upon the worst impulses of this country instead of speaking to our ambitions, our hopes, our dreams — those things that we can achieve if we all come together, so I don’t know what he’s trying to do, I just know the task left to us, which is to be the answer to that,” he continued.

As Newsbusters pointed out, O'Rourke was not asked any truly tough questions, including about his drunk driving incident.

According to RealClearPolitics's average of polls, Sen. Ted Cruz is leading his Democrat opponent by 7.2 percentage points.