Trump to Caravan Migrants: We're Not Letting You In, You're Wasting Your Time 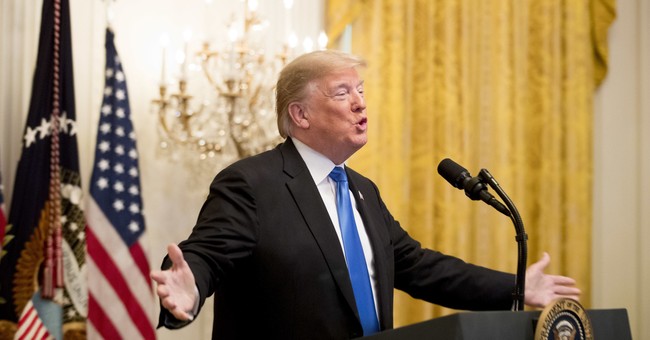 President Trump urged the migrant caravan on Monday to go back home because they are “wasting their time” since the U.S. will not allow them to enter.

.@POTUS on the migrant caravan: "We’re not letting them into this country."

COMING UP, tune in to Fox News Channel at 10p ET for more of @IngrahamAngle's must-see interview. pic.twitter.com/UqSCKoEacS

Trump said rather than spending a lot of money to build facilities to house the migrants seeking asylum, the administration would be putting up tent cities.

.@POTUS on facilities for asylum seekers: "We’re going to build tent cities. We’re going to put tents up all over the place." @IngrahamAngle pic.twitter.com/fL3ALkNbz4

There are two caravans heading north at the moment. The first has an upwards of 4,000 people while the second is much smaller, at around 600 people, which has been marked by much more violence.

If the migrants make it to the U.S.-Mexico border they will be met by roughly 5,200 troops who will be deployed to “harden the southern border,” according to the commander of the U.S. Northern Command.

“We will not allow a large group to enter the U.S. in an unlawful and unsafe manner,” said Kevin McAleenan, commissioner of Customs and Border Protection.

Eight hundred troops already are on their way to southern Texas, O’Shaughnessy said, and their numbers will top 5,200 by week’s end. Some of the troops will be armed. He said troops would focus first on Texas, followed by Arizona and then California.

The troops will join the more than 2,000 National Guardsmen that Trump has already deployed to the border. It remained unclear Monday why the administration was choosing to send active-duty troops given that they will be limited to performing the same support functions the Guard already is doing. (AP)

"Many Gang Members and some very bad people are mixed into the Caravan heading to our Southern Border," Trump tweeted on Monday. "Please go back, you will not be admitted into the United States unless you go through the legal process. This is an invasion of our Country and our Military is waiting for you!"