Bredesen: Migrant Caravan Provides US Opportunity to Act Like 'Grown-ups' 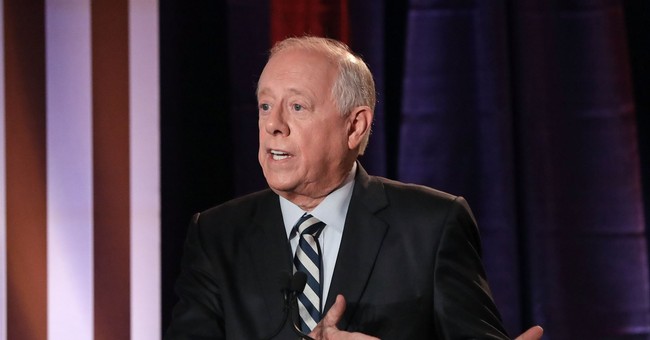 In an op-ed on the subject, Bredesen said the U.S. "has the right" and "the duty" to control the Southern border and done correctly, it can be an "orderly and effective process conducted under the rule of law."

Here's what he envisions:

Over the weekend the Tennessee Democratic Senate candidate dismissed the threat from the caravan, saying it isn’t “some huge national emergency” like the threat of nuclear war with Russia.

This was in addition to similar comments he made last week about the caravan, arguing that a few thousand very poor people coming to our border is not a threat.”

Republican challenger Rep. Marsha Blackburn, who’s been supportive of President Trump and the border wall, used the comments in a digital ad, highlighting the potential dangers the caravan poses.

“Phil Bredesen, dangerously wrong for Tennessee. Marsha Blackburn will stand with Trump to build the wall and stop the caravan,” the ad ends.

Phil Bredesen saying that the illegal alien mob nearing our border is "not a threat to our security" is proof that he cares more about advancing the Democrats radical open border agenda than protecting Tennessee families. pic.twitter.com/5RUexhbUCw

“If Phil Bredesen had his way he would be at the border to greet these illegal aliens with driving certificates, encourage them to work on his campaign, and go vote,” Blackburn’s campaign manager, Kevin Golden, said in a press release.

Blackburn is leading Bredesen by 6.5 percentage points, according RealClearPolitics's average of polls.