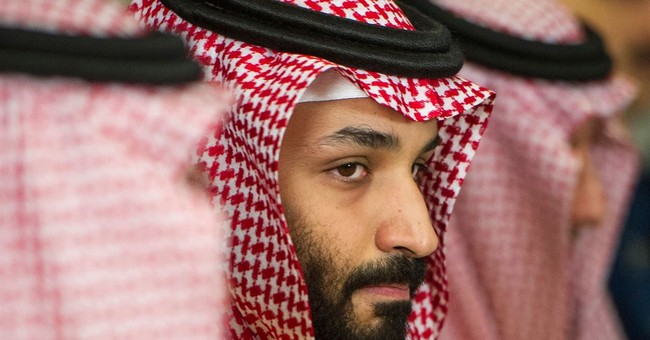 The U.S. has taken its first step in punishing Saudi Arabia, including revoking visas of those suspected to be involved in the killing of journalist Jamal Khashoggi, Secretary of State Mike Pompeo said Tuesday.

“We have identified at least some of the individuals responsible, including those in the intelligence services, the royal court, the foreign ministry and other Saudi ministries who we suspect to have been involved in Mr. Khashoggi’s death,” Pompeo told reporters. “We are taking appropriate actions, which include revoking visas, entering visa lookouts and other measures.”

Other punishments are being looked into by the State and Treasury departments, including Global Magnitsky sanctions, which would apply to those who’ve committed gross violations of human rights.

“These penalties will not be the last word on this matter from the United States," Pompeo said. "We will continue to explore additional measures to hold those responsible accountable. We’re making very clear the United States does not tolerate this kind of ruthless action to silence Mr. Khashoggi, a journalist, through violence.”

Pompeo did not go into detail about the visas that were revoked.

“There’s not a lot more I can say about it, other than to say this is certainly not the last step that we will take,” he said.

Earlier Tuesday President Trump called the Kingdom’s efforts to conceal the killing “the worst cover up ever.”

“They had a very bad original concept, it was carried out poorly and the cover-up was the worst in the history of cover-ups,” Trump told reporters at the White House. “They had the worst cover-up ever.”

Saudi Arabia had initially claimed Khashoggi left its consulate in Turkey alive, then admitted he died there. According to video surveillance, it appears one member of the 15-man hit squad even served as a body double for Khashoggi after the killing, dressing in his clothes and wearing a fake beard and glasses, CNN reports.