Baldwin Calls for 'Overthrow of Trump' at Dem Fundraiser 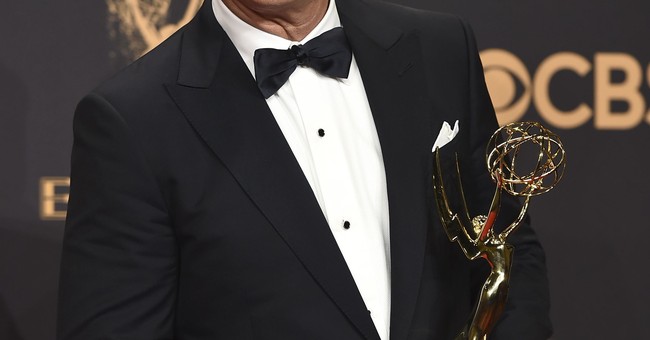 Comedian Alec Baldwin called for the “overthrow” of the Trump administration on Sunday during a major fundraising dinner for Democrats in New Hampshire.

“In an orderly and formal way, and lawful way, we need to overthrow the government of the United States under Donald Trump,” Baldwin said.

“I flew here this morning after doing ‘Saturday Night Live’ last night,” the actor and comedian told a large crowd, which he explained was not supposed to last as long as it has.

“‘Just three shows,’ he said,” Baldwin recalled “Saturday Night Live” producer Lorne Michaels telling him to convince him to do the part. “‘Till the election,’ he said. ‘Then he’ll be gone,’ he said. ‘Three shows. It will be fun,’ he said.”

Of course, Hollywood and the liberal media were wrong.

Baldwin’s sketch over the weekend mocked Trump’s meeting with rapper Kanye West in the Oval Office.

“I’ve got an amazing lunch to get to but first I’m sure that Kanye wants to make one or two brief, lucid remarks.” #SNL pic.twitter.com/pswawHDPf2

Baldwin then encouraged the crowd to vote next month in the midterm elections given its significance.

“This election and the one that follows in 2020 will be the most consequential elections since the election of FDR,” he said, adding, “it is time to overthrow the government of Donald Trump -- not in a violent way or unlawful way -- but it must be overthrown nonetheless.”

At the end of his speech Baldwin said America could be great again “by making Donald Trump a casino operator again.”

He later told reporters that he is “still horrified” Trump is president and worried about the potential Democrats who are the rumored frontrunners in 2020.

“I’m hoping that someone that isn’t necessarily on the horizon right now would materialize,” Baldwin said, “because I don’t think anybody that’s a frontrunner now of the top six, seven, eight names that I’ve seen, I don’t think any of them is going to have an easy time of it.”

NEW: Asked his take on the potential #2020election Democratic presidential contenders, @AlecBaldwin - in NH tonight - says "I don’t think anybody that’s a front runner now of the top six, seven, eight names that I’ve seen... is going to have an easy time of it" #nhpolitics #FITN pic.twitter.com/RXRMvlIrEc