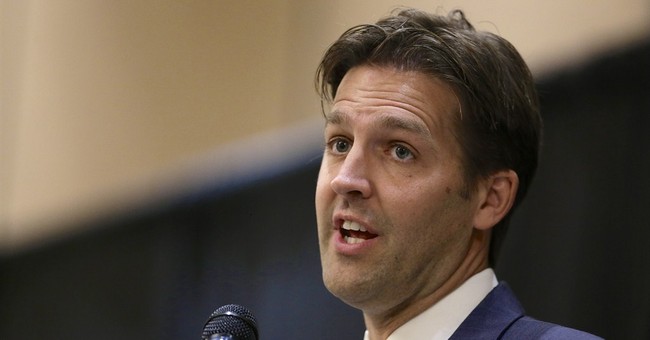 Sen. Ben Sasse has been an outspoken critic of President Trump, but apparently that’s not all he’s disappointed with in politics. The Nebraska Republican admitted over the weekend that he thinks about leaving the GOP every day.

The revelation came when the senator responded to a question on Twitter asking if he’d leave the party.

“I switched my party from Democrat Ro no-party this week as I see that to be part of the solution. Have you considered following suit?” Twitter user Stephanie Pickens asked.

yep — regularly consider it
(except the “from Dem” part) https://t.co/ZZCQKOPhL9

He then appeared on CNN’s “State of the Union” to comment further.

"I probably think about it every morning when I wake up and I figure out, 'Why am I flying out of Nebraska to go to D.C. this week? Are we going to get stuff done?'" he said.

But he did say if the party commits to reforming itself he will stay.

"I’m committed to the party of Lincoln and Regan as long as there’s a chance to reform it," he said.

Sasse’s frustrations stem from negative messaging on both sides of the aisle, he explained.

“Frankly, neither of these parties have a long-term vision for the country," he said. "These parties are really pretty content to do 24-hour news cycles screaming at each other."

Sasse said that while he has an ‘R’ next to his name, he’s long considered himself to be an “independent conservative who caucuses with the Republicans.”

"I’m one of about eight people in the U.S. Senate who’s never been a politician before and I think I’ve been saying for about three years that I consider myself an independent conservative who caucuses with the Republicans," he said.