US Service Member Killed in 'Insider Attack' in Afghanistan 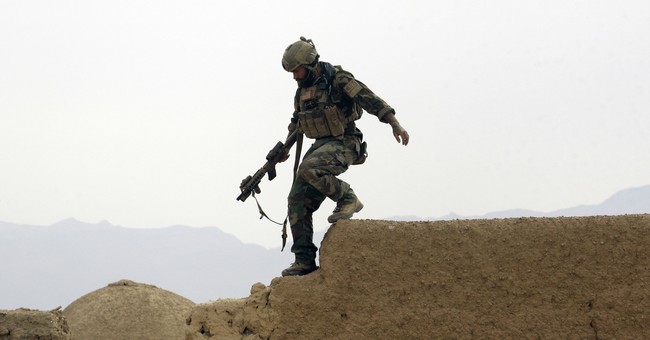 A U.S. service member was killed and another wounded in “an apparent insider attack” in Afghanistan on Monday.

“The sacrifice of our service member, who volunteered for a mission to Afghanistan to protect his country, is a tragic loss for all who knew and all who will now never know him,” Resolute Support and U.S. Forces Afghanistan Commanding General Scott Miller said in a statement. “Our duty now is to honor him, care for his family and continue our mission."

One U.S. service member was killed and another wounded during an apparent insider attack in eastern Afghanistan, Sept. 3. pic.twitter.com/CjtgaqrRsh

And it comes as Afghan forces are struggling to contain a resurgent Taliban and an increasingly powerful Islamic State affiliate. The Taliban control several districts across Afghanistan, and both groups have launched a relentless wave of attacks in recent months. (Military Times)