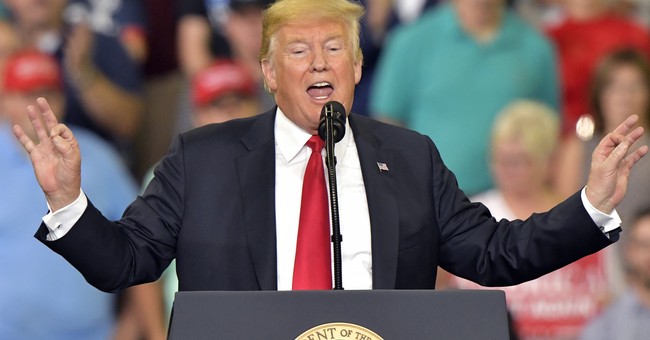 President Trump on Thursday canceled a scheduled pay raise for federal employees due to budget constraints.

In a letter to the Speaker of the House and president of the Senate, Trump said he was nixing the 2.1 percent raise for most civilian federal workers and locality pay increases.

“We must maintain efforts to put our Nation on a fiscally sustainable course, and Federal agency budgets cannot sustain such increases,” he wrote.

Trump said any increases in pay ought to be “performance-based.”

"In light of our Nation's fiscal situation, Federal employee pay must be performance-based, and aligned strategically toward recruiting, retaining, and rewarding high-performing Federal employees and those with critical skill sets," he wrote.

The proposal sets up a fight with Congress, which could effectively overturn the action in upcoming spending legislation. Without such intervention, the move would affect most of the 2.1 million federal employees around the nation, about 1.7 million of which live in areas outside of the Washington, D.C., metro area.

Members of the military, on the other hand, are on schedule to receive a 2.6 percent pay increase.

Trump faced criticism from both Democrats and Republicans for nixing the pay increase, with one Democrat even saying he “just screwed” federal employees.

"To the hard-working federal employees Trump just screwed by cutting pay — the folks who run our parks, protect our communities, & serve our veterans: YOU MATTER,” Rep. Eric Swalwell (D-Calif.) said on Twitter. “If billionaires can get tax cuts, you should get a [cost of living adjustment]. You work hard for America & that should add up to something," he wrote.

“For someone who claims to be a leadership maven, President Trump certainly gives the impression through his actions that he has no idea how to run an effective organization," said Rep. Steny Hoyer (D-Md.), the No. 2 Democrat in the House.

"Cutting federal pay is not the way to run the best government possible or to recruit and retain the most talented Americans to serve their fellow countrymen," he added.

"His tax bill exploded the deficit, and now he is trying to balance the budget on the backs of federal workers," said Rep. Gerry Connolly, (D-Va.).

Rep. Barbara Comstock (R-Va.) also expressed her opposition to the move, saying Republicans ought to support all federal employees.

"Dedicated work is also done by our civilian employees at other national security agencies, the FBI, DEA and other law enforcement agencies, as well as the National Institute of Health where dedicated federal employees search for cures to diseases that drive up the costs of health care everyday," she said.

“We cannot balance the budget on the backs of our federal employees and I will work with my House and Senate colleagues to keep the pay increase in our appropriations measures that we vote on in September,” she added.