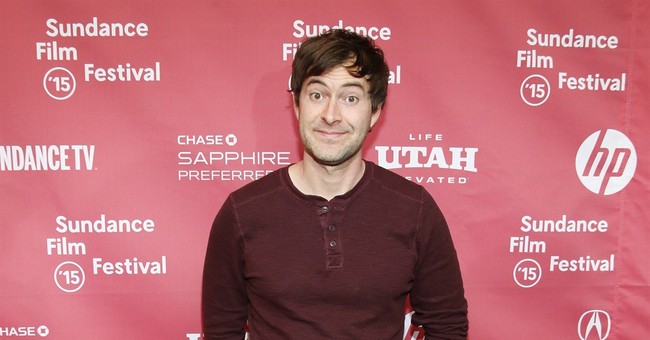 Apparently you can’t say anything nice about a conservative without being shamed by the progressive Twitter mob. That’s what liberal actor Mark Duplass found out when he decided to share something positive about Ben Shapiro.

In a tweet that’s now been deleted, Duplass, who has starred in “The League,” “The Mindy Project” and “Goliath,” encouraged fellow liberals to reach across the aisle.

“Fellow liberals: If you are interested at all in ‘crossing the aisle’ you should consider following @benshapiro,” he wrote. “I don’t agree with him on much but he’s a genuine person who once helped me for no other reason than to be nice. He doesn’t bend the truth. His intentions are good.”

After facing extreme backlash from the left, Duplass quickly caved, deleted the tweet, and issued an apology for not being more “diligent and careful.”

“So that tweet was a disaster on many levels,” he said. “I want to be clear that I in no way endorse hatred, racism, homophobia, xenophobia, or any such form of intolerance. My goal has always been to spread unity, understanding and kindness. But I am going to make mistakes along the way. Sometimes I move too quickly when I get excited, or fail to do enough research, or I don’t communicant myself clearly. I’m really sorry. I now understand that I have to be more diligent and careful. I’m working on that.

“But, I do believe deeply in bi-partisan understanding and I will continue to do my best to promote peace and decency in the world right now,” he continued. “That said, I hear you. And I want to say thank you to those who reached out with constructive criticism. I have genuinely learned so much and wish everyone all the best.”

Shapiro weighed in, noting it was just progressive showing their “tolerant streak” again.

Today's Leftist lesson on Twitter: write a nice tweet about someone with whom you disagree politically, get labeled a racist sexist homophobe. Good stuff, guys. Really showing that tolerant streak.

So in 24 hours I apparently went from being a person with good intentions to a racist sexist bigot. Twitter toxifies any attempt to cross the aisle. There's no conservative Mark could have recommended who wouldn’t receive the same blowback. https://t.co/JEizw69eFH