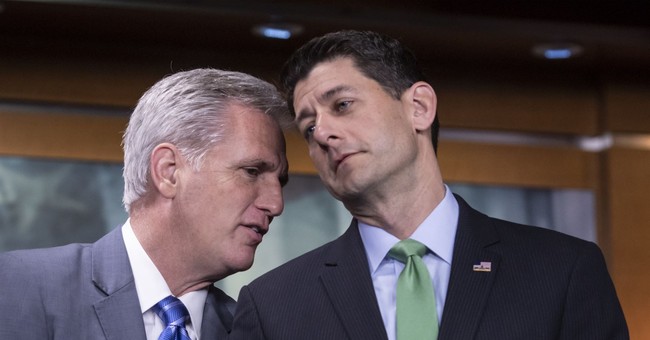 Republican leaders reversed course on their plan to bring a Democratic ‘Abolish ICE’ bill to the House floor for a vote, which would’ve called for an end to the Immigration and Customs Enforcement agency.

The House will instead vote on a resolution supporting ICE, according to Majority Leader Kevin McCarthy.

The change comes after the Democratic sponsors of the Abolish ICE legislation said they would vote “no” on their own measure.

“What I found so interesting is the Democrats introduced a bill to abolish ICE ... we give them an opportunity, and they say they don’t want to vote for it,” said McCarthy.

“We know Speaker Ryan is not serious about passing our ‘Establishing a Humane Immigration Enforcement System Act,’ so members of Congress, advocacy groups, and impacted communities will not engage in this political stunt,” they said in a statement. “If Speaker Ryan puts our bill on the floor, we plan to vote no and will instead use the opportunity to force an urgently needed and long-overdue conversation on the House floor.”

Ryan called the push to abolish ICE “the craziest position I’ve ever seen.”

“They have really jumped the shark on the left,” he said last week. "You want to abolish the Immigration and Customs Enforcement Agency? This is the agency that gets gangs out of our communities, that helps prevent drugs from flowing into our schools, that rescues people from human trafficking. They want to get rid of this agency?”

He continued: “They’re tripping over themselves to move too far to the left. They are out of the mainstream of America and that’s one of the reasons why I feel very good about this fall.”