DHS Reports Drop in Border Crossings Due to Zero-Tolerance Policy 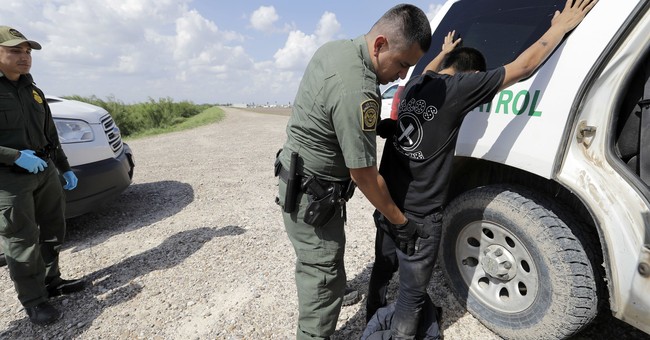 The Trump administration’s “zero-tolerance policy” toward illegal immigrant border crossers has resulted in a drop in apprehensions, according to the Department of Homeland Security.

"Following the implementation of the administration’s zero-tolerance policy, the June 2018 Southwest Border Migration numbers declined by 18 percent when compared to the previous month,” DHS press secretary Tyler Q. Houlton said in a statement.

“DHS will continue to enforce the rule of law and uphold our nation’s immigration laws as passed by Congress,” Houlton said. “As we have said before, the journey north is dangerous and puts individuals in the hands of smugglers and traffickers. We continue to call on Congress to address the crisis at the border by closing legal loopholes that drive illegal immigration.”

This policy has faced widespread backlash for leading to the separation of more than 2,300 children from their families between May 5 and June 9, forcing President Trump to sign an executive order that allows the families to stay together.