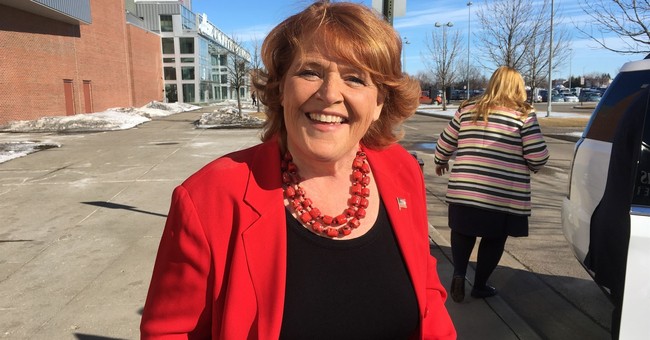 Democratic Sen. Heidi Heitkamp released a new campaign ad sharing a message she hopes will resonate with North Dakota voters: her willingness to work with President Trump on a number of issues.

The ad emphasizes how she’s reached across the political aisle since assuming office in 2013.

"When I ran for the Senate six years ago, I said I wouldn't vote the party line, because I don't think either party has all the answers," she says in the new ad titled “Answer.” "That's why I voted over half the time with President Trump. And that made a lot of people in Washington mad, but when I agree with him, I vote with him."

Heitkamp's latest ad follows a Washington Post interview with her Republican opponent, Rep. Kevin Cramer, who has been frustrated with Trump extolling Heitkamp with complimentary words.

"I do think there’s a little difference in that she’s a woman," Cramer said. "That’s probably part of it — that she’s a, you know, a female. He doesn’t want to be that aggressive, maybe. I don’t know."

Even though Heitkamp has supported a number of Trump-backed initiatives, she voted against some key GOP measures including the tax reform bill—a point that has not been lost on the Trump administration.

"Senator Heitkamp voted no on tax cuts, no on repealing and replacing Obamacare, no on cracking down on sanctuary cities, no on repealing the anti-energy methane rule—she voted no on a 20-week abortion ban," Vice President Mike Pence said at a fundraising event in March. "I mean, it's time that North Dakota voted no on Heidi Heitkamp's re-election."