White House Walks Back Haley's Announcement About Sanctions Against Russia 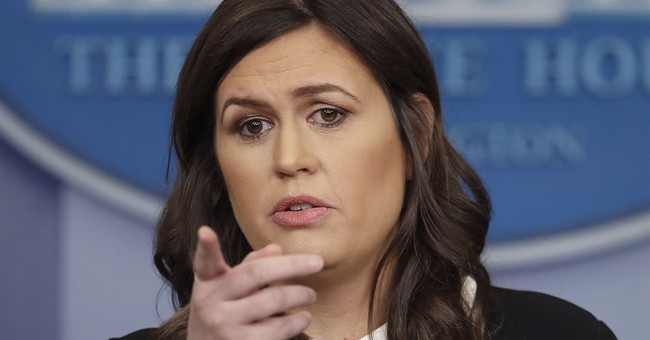 The White House walked back comments U.S. Ambassador to the United Nation Nikki Haley made Sunday announcing that the Trump administration would be issuing new sanctions on Russia after the chemical weapons attack in Syria last week.

During an appearance on CBS’s “Face the Nation,” Haley said Treasury Secretary Steven Mnuchin would be announcing the sanctions Monday, and that they would target “any sort of companies that were dealing with equipment related to Assad and chemical weapons use. And so, I think everyone is going to feel it at this point."

"The international community will not allow chemical weapons to come back into our everyday life," she added. "The fact he was making this more normal and that Russia was covering this up, all that has got to stop."

But the White House on Monday said a decision has not yet been made.

“We are considering additional sanctions on Russia and a decision will be made in the near future,” said White House press secretary Sarah Huckabee Sanders.

The U.S., Britain, and France launched a strike against three targets in Syria on Friday "that will impact the Syrian regime’s ability to develop, deploy and use chemical weapons in the future,” Marine Corps Lt. Gen. Kenneth F. McKenzie Jr., director of the Joint Staff, said during a news conference on Saturday. The facilities, he added, were “fundamental components of the regime’s chemical warfare infrastructure.”

Russia claimed last week that the chemical attack in Syria was staged by Britain--an allegation strongly rebuked by the UK and U.S.