Bipartisan Legislation to Be Introduced to Protect Mueller's Job 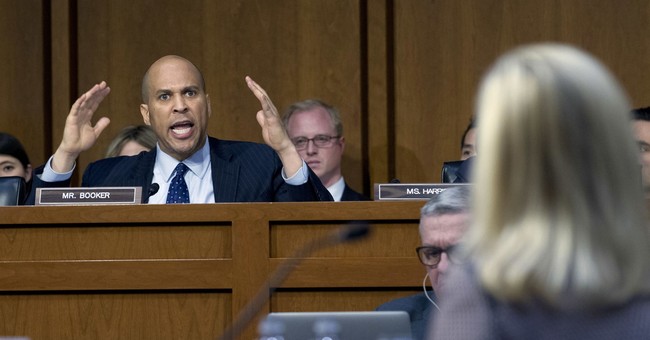 Democratic Sens. Cory Booker and Chris Coons as well as Republican Sens. Lindsey Graham and Thom Tillis will introduce the bill, which is designed to “give any special counsel a 10-day window in which he or she could seek expedited judicial review of a firing,” according to the Associated Press.

The legislation, which combines two bipartisan bills introduced last summer, signals escalating concerns in Congress as Trump has fumed about a Monday FBI raid of the office of his personal attorney, Michael Cohen. […]

Under the legislation, the expedited review would determine whether the special counsel was fired for good cause. The bill would also ensure that any staff, documents and other investigation materials were preserved as the matter was pending. (AP)

The legislation comes after Trump excoriated the FBI’s raid on his personal attorney, Michael Cohen, calling it a “witch hunt” and “an attack on our country.” The search warrant was obtained after receiving a referral from Mueller.

While Trump had previously dismissed reports that he planned to fire Mueller, on Monday he changed his tune, saying, “we’ll see what may happen,” adding that, “many people have said you should fire him.”

A number of Republicans have cautioned the president against firing Mueller, including Sen. Bob Corker, who said “there would be serious repercussions.”

“I've shared with the president what a massive mistake it would be for him to do this. I've done that in person," he added.

While analysts say only Deputy Attorney General Rod Rosenstein has the authority to fire Mueller due to Attorney General Jeff Sessions’s recusal, the White House believes the president could fire him if he chose to do so.