How the Trump Administration Is Planning to Speed Up Deportations 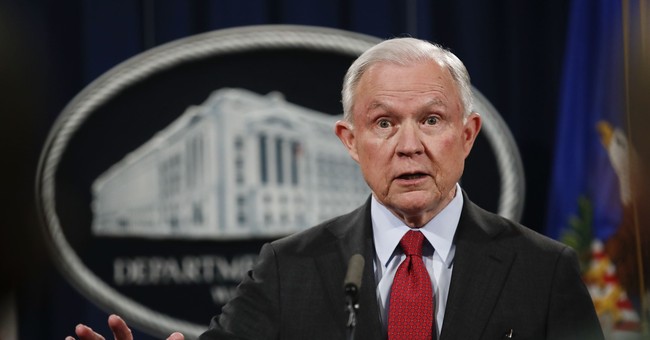 The Trump administration will be imposing quotas on federal immigration judges to cut down on the massive backlogs courts are facing, according to a new report.

“These performance metrics... are designed to increase productivity and efficiency in the system without compromising due process,” a Department of Justice official told FoxNews.com.

The news comes as President Trump commented on aspects of the U.S.’s broken immigration system on Twitter.

“As ridiculous as it sounds, the laws of our country do not easily allow us to send those crossing our Southern Border back where they came from. A whole big wasted procedure must take place. Mexico & Canada have tough immigration laws, whereas ours are an Obama joke. ACT CONGRESS,” he wrote.

Judges, on average, are finishing roughly 678 cases per year. The DOJ’s Executive Office for Immigration Review wants this number increased to 700 cases per year in order to receive a satisfactory grade. Judges, particularly those with high caseloads, will be allowed to appeal the requirement.

“Using metrics to evaluate performance is neither novel nor unique to (the Executive Office for Immigration Review),” James McHenry, director of the Executive Office for Immigration Review, wrote in an email to the department’s immigration judges. “The purpose of implementing these metrics is to encourage efficient and effective case management while preserving immigration judge discretion and due process.”

According to The Washington Post, the new standards “include six other measures indicating how much time judges should spend on different types of cases and court motions.”