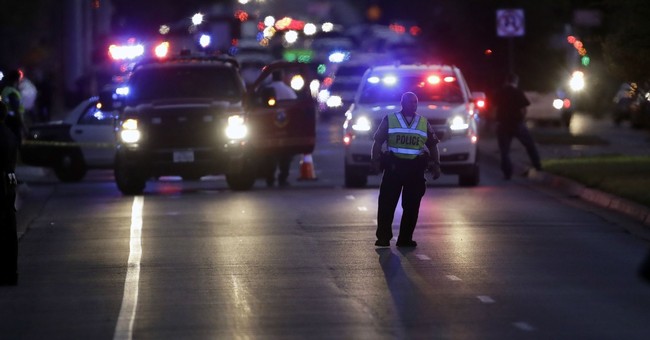 Update: The suspect has been identified as 24-year-old Mark Anthony Conditt.

The ‘serial bomber’ whose explosive packages killed two people and injured several others in Austin, Texas, is reportedly dead.

The suspect, identified thus far as a 24-year-old male, was killed in a clash with police overnight Wednesday.

Hundreds of law enforcement officers had been working in Austin and Texas at large to crack the case. Police were finally able to track the suspect back to a motel using surveillance footage from a FedEx drop-off location and cell phone triangulation technology, The Austin American-Statesman reports.

The suspect, trying to escape police, drove his car into a ditch where he had a fatal confrontation with police.

This is the scene on Interstate 35 where the #austinbombing suspect, a 24-year-old, died on Wednesday morning. pic.twitter.com/RhXbL5zdXa

Police said the man detonated two package bombs as police closed in, firing at him. It was not immediately clear whether he died from the bombs or shots fired by police. One officer was knocked back by the blasts, but none were seriously hurt.

The incident appears to have brought to an end a terrifying sequence that began March 2, when Anthony Steven House, 39, was killed when a package he discovered on his porch in northeast Austin exploded. (FoxNews.com)

"We wanted this to come to a peaceful resolution tonight," said Austin Police Chief Brian Manley. "However, we were not afforded that opportunity when he started to drive away."

While the suspect is dead authorities warned that they did not know where he spent his last 24 hours and there could be more deadly packages out there.

Chief: Community needs to remain vigilant for possible other explosives. “We do not know where he has been in the past 24 hours.”

ATF official: We are concerned there still may be other devices out there.

Julio Rosas
Surprise: NY Dems Who Called for Cuomo to Step Down Now Appearing with Him, Open to Endorsement
Guy Benson
Caught Red-Handed: NBC News Busted for Editing Out a Crucial Detail in the 911 Call of the Ohio Shooting
Matt Vespa
CARTOONS | Tom Stiglich
View Cartoon
Most Popular