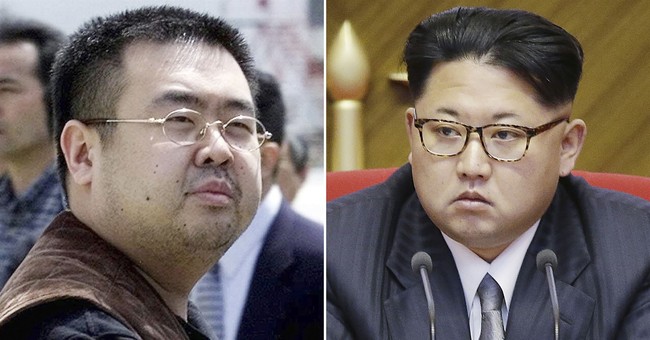 The U.S. determined in February that under the Chemical and Biological Weapons Control and Warfare Elimination Act of 1991, “the Government of North Korea used the chemical warfare agent VX to assassinate Kim Jon Nam, in the Kuala Lumpur airport,” the department said.

On February 22, the United States determined under the Chemical and Biological Weapons Control and Warfare Elimination Act of 1991 that the Government of #NorthKorea used the chemical warfare agent VX to assassinate Kim Jong Nam, in the Kuala Lumpur airport. pic.twitter.com/sxsjeUxTFJ

“The United States strongly condemns the use of chemical weapons to conduct an assassination,” the State Department said. “This public display of contempt for universal norms against chemical weapons use further demonstrates the reckless nature of North Korea and underscores that we cannot afford to tolerate a North Korean WMD program of any kind.”

Kim Jong Nam died on Feb. 13, 2017 after two women allegedly wiped VX on his face before fleeing the Malaysia airport. He stumbled around before eventually falling. CCTV footage also showed the two women accused of carrying out the attack walking in the airport and going into the restroom before the incident. They were both charged with murder. Four other North Korean men who fled the country on the same day were believed to be involved in the plot. (FoxNews.com)

The news comes after North Korea promised to refrain from using nuclear or conventional weapons against Seoul and possibly hold denuclearization talks with the United States.

President Trump responded by saying the “world is watching and waiting.”

“May be false hope, but the U.S. is ready to go hard in either direction!” he tweeted early Tuesday.