RNC Chair: Raising Age to Purchase Gun Is 'On the Table' 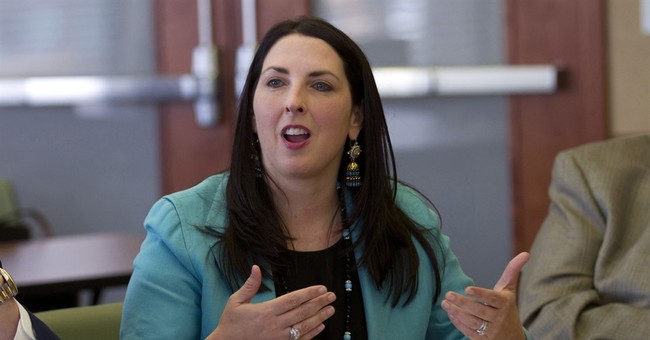 RNC Chairwoman Ronna Romney McDaniel weighed in on possible legislative ideas that could be considered in the wake of the mass shooting at Marjory Stoneman Douglas High School earlier this month, including raising the age to purchase a firearm.

McDaniel said raising the age to purchase a firearm from 18 to 21 is “on the table,” but that the main priority is increasing school safety.

"We're going to see where the conversation goes," she told the Washington Examiner. "I think the president's been very thoughtful in what he's proposing. He's listening to these parents. I think universally, we want to make sure our schools are safe. Period."

As for raising the age limit, she said, "I don't know. We'll see where that goes. I think it's on the table…we have to look at the whole picture."

President Trump supported the idea Thursday, saying “it should all be at 21,” a call he's made multiple times. He also said he believed the National Rifle Association would “back” the proposal.

But NRA spokeswoman Dana Loesch contradicted that claim, telling ABC’s George Stephanopoulos Sunday that the NRA does not want to raise the age.

Loesch was not the first spokesperson for the association to say it would oppose calls for raising the age limit.

“Passing a law that makes it illegal for a 20-year-old to purchase a shotgun for hunting or adult single mother from purchasing the most effective self-defense rifle on the market punishes law-abiding citizens for the evil acts of criminals,” said Jennifer Baker, reports AOL.