Trump to DACA Recipients: Dems Have 'Totally Abandoned' You 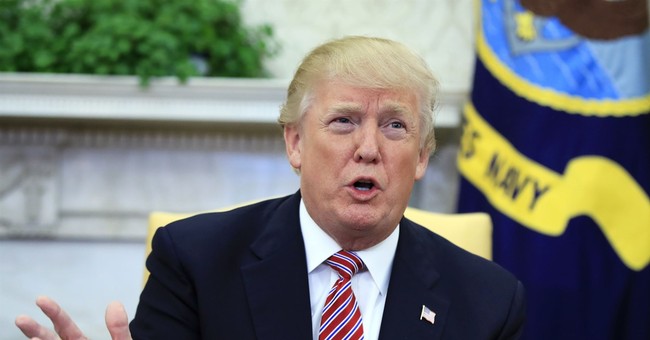 President Trump had a message Friday for recipients of the Deferred Action for Childhood Arrivals program: Democrats have “abandoned” them.

“Cannot believe how BADLY DACA recipients have been treated by the Democrats...totally abandoned! Republicans are still working hard,” he tweeted.

Cannot believe how BADLY DACA recipients have been treated by the Democrats...totally abandoned! Republicans are still working hard.

The president ended the Obama-era program in September and gave lawmakers six months to work out a permanent fix. That deadline of March 5 is rapidly approaching, he continues to warn.

[T]hree bills that sought to address the matter were voted down in the Senate on Thursday.

The measure that received the most votes was a centrist compromise bill, which would have established a path to citizenship for Dreamers while setting aside roughly $25 billion for Trump's proposed border wall. That bill got 54 votes — six short of the 60 it needed to avoid a fillibuster and pass.

Trump, however, refused to back any proposal other than his own, which was sponsored in the Senate by Sen. Chuck Grassley (R-Iowa). That measure would have created a pathway to citizenship for the Dreamers but also sought to curb legal immigration. It received only 39 votes in the Senate. (The Hill)

The White House on Thursday blasted “Schumer Democrats” for rejecting the president’s immigration plan, saying it's once again a sign that Democrats aren't committed to solving the DACA problem.