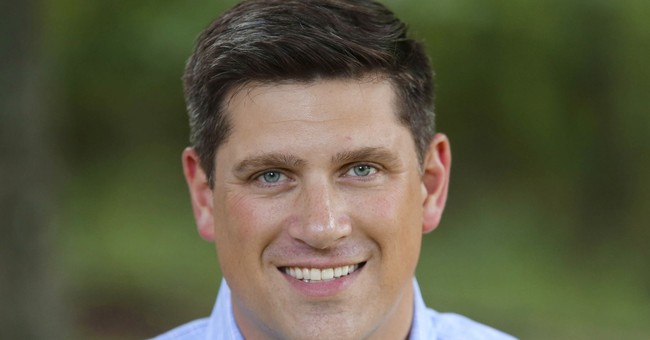 Kevin Nicholson isn’t feeling the love from his parents over his decision to run for Senate as a Republican.

The candidate’s parents have contributed the maximum amount allowed during the primary—$2,700 each—to his Democratic opponent in Wisconsin, Sen. Tammy Baldwin.

"My parents have a different worldview than I do, and it is not surprising that they would support a candidate like Tammy Baldwin who shares their perspective,” Nicholson told CNN in a statement.

“I’m a conservative today not because I was born one, but because of the experience I earned as a Marine in combat, my experience as a husband and father, my choice to be a Christian, the schools I chose to attend and the decision to pursue the career that I have,” he continued.

“Regardless of who may disagree with my life decisions, I would not trade these experiences for anything, and they will always guide my views as Wisconsin's next U.S. Senator."

Nicholson used to be aligned with his parents’ worldview, having been president of the College Democrats of America and even speaking at the Democratic National Convention in 2000, but his experience serving in Iraq in 2007 changed those beliefs, so he switched parties.

"I knew what we were doing there," he told Politico. "We were stabilizing that country. We made incredible amounts of progress. And what I was hearing back home was a complete and absolute lie, as politicians were running around calling it a failure."

Nicholson announced he would seek the Republican nomination for U.S. Senate in Wisconsin last July.