Pence Is Taking a Very Special Guest to Olympics 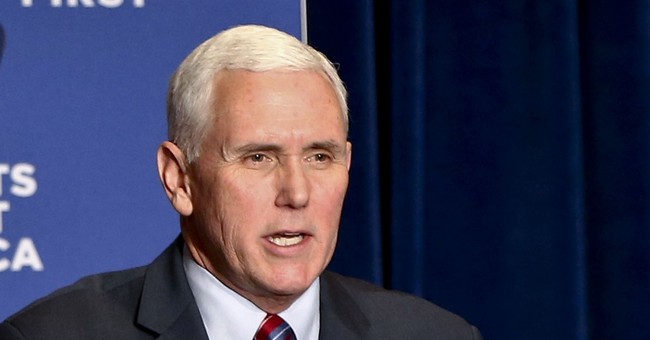 Vice President Mike Pence will be attending the winter Olympics in South Korea this month, and he’s bringing a very special guest: the father of Otto Warmbier, Fred Warmbier.

The opening ceremonies of the games begin February 9, and Warmbier will head to Pyeongchang this week to attend.

Pence will leave Monday for a five-day trip to Japan and South Korea, his second trip to Asia since taking office.

His trip, which will culminate with a stop at the Olympics in PyeongChang, South Korea — where he will lead the U.S. 2018 Winter Olympic delegation — is focused almost exclusively on continuing the United States' pressure campaign on North Korea, White House officials said.

At the Olympics, Pence is expected to combat North Korea’s propaganda efforts and reiterate President Trump’s stance that all options are on the table until North Korea halts its nuclear ambitions. (Washington Post)

President Trump had as guests to the State of the Union last week Warmbier and his wife, Cindy, who lost their 22-year-old son in June.

“You are powerful witnesses to a menace that threatens our world, and your strength inspires us all,” Trump said during the address. “Tonight we pledge to honor Otto’s memory with American resolve.”

Otto was arrested in the Hermit Kingdom in 2016 while he was studying abroad in Hong Kong. He had gone to North Korea as part of a New Year’s Eve tour with a travel company but was arrested for “hostile acts against the state” for taking a propaganda poster from the hotel. He was sentenced to 15 years of hard labor.

In June 2017 Otto was returned to the U.S. after being in a coma for 15 months. He had severe brain damage, was blind, deaf, and had mangled teeth upon coming home. Otto died shortly after.