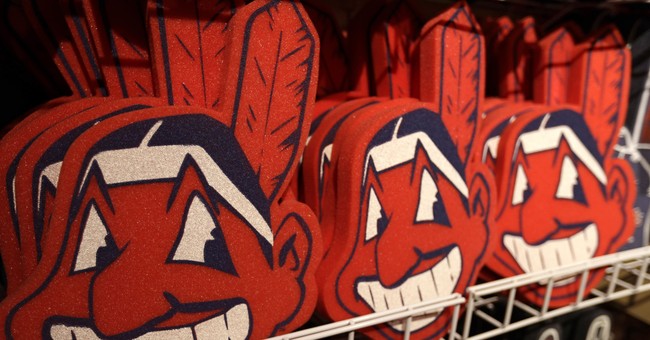 The Cleveland Indians’ logo that’s been in official use since 1947 will be gone after the 2018 season, it was reported Monday.

The caricature of a Native American, which is beloved by Cleveland fans far and wide, has been under attack for years by Native American groups for being racist. Major League Baseball Commissioner Rob Manfred also objected to the logo’s use and had been pressuring team owner Paul Dolan to change it.

Dolan, for his part, said it was “the hardest decision” his family had to make during their ownership of the team, which began after the 1999 season.

"There are people who have a strong emotional tie to Chief Wahoo and see it as a positive symbol of our community," said Dolan, reports Cleveland.com. "They don't see it as anything negative toward Native Americans. It's about Cleveland and the Indians and what all that means to us."

He continued: "We also want to respond to people who we think have legitimate considerations that the logo is no longer appropriate.”

Dolan insisted, however, that the team name will stay the same.

While the logo will be removed from uniforms, banners, and signs in the stadium, fans will still be able to purchase items with Chief Wahoo in the team shop at the stadium and in retail stores in the Cleveland area.

Citing a goal of diversity and inclusion, Manfred said in a statement provided to The New York Times that the Indians organization “ultimately agreed with my position that the logo is no longer appropriate for on-field use in Major League Baseball, and I appreciate Mr. Dolan’s acknowledgment that removing it from the on-field uniform by the start of the 2019 season is the right course.”

Cleveland has been edging away from the logo in recent years and has used it less frequently, but beginning in 2019 it will not be seen at all on the team’s uniforms, or on banners and signs in Progressive Field, the team’s stadium. [...]

While getting rid of Chief Wahoo will be applauded by opponents, some may see it as only the first step toward the ultimate goal of changing the team name. (NYT)

The reactions have been mixed.

Politically Correct Clowns out in full force continue to ruin everything & everyone. #Cleveland #Indians have caved. Let's see if #Washington #Redskins are next. Nothing racist about either. The problem is that the wrong people are given voices, & idiots that listen. #ChiefWahoo

My family line comes from a Cherokee reservation. Grandpa is 100%. I see no issue with the redskins or Chief Wahoo logo. Political correctness is a cancer, the cure is a sense of humor.

It's about damn time. Your move @Redskins https://t.co/D6Q7yTA2h2

Change it all, @Indians. The name, the logo, all of it. Relinquish your trademarks, and bury one of the most conspicuously racist images in sports. I am glad that I won't have to see a red Sambo on my hometown team's uniforms, but this here is piecemeal. https://t.co/IOUdxtVYAu