DOJ Official to Nunes: Releasing the Memo Would Be 'Extraordinarily Reckless' 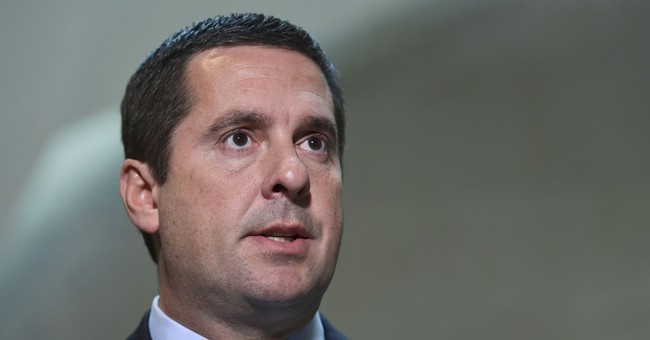 “We believe it would be extraordinarily reckless for the Committee to disclose such information publicly without giving the Department and the FBI the opportunity to review the memorandum and to advise the HPSCI of the risk of harm to national security and to ongoing investigations that could come from public release,” Boyd wrote in a letter to the chairman.

“Through we are currently unaware of any wrongdoing relating to the FISA process, we agree that any abuse of that system cannot be tolerated,” he added.

Jack Langer, a committee spokesman for Nunes, pushed back at the DOJ's request.

"Agencies that are under investigation by congressional committees don't typically get access to the committees' investigative documents about them, and it's no surprise these agencies don't want the abuses we've found to be made public," he said.

Lawmakers have described the contents of the four-page memo about surveillance abuses within the government as “jaw-dropping,” “deeply disturbing,” “shocking,” and “troubling.”

Many Republicans are calling for the memo’s explosive revelations to be made public.

“The House must immediately make public the memo prepared by the Intelligence Committee regarding the FBI and the Department of Justice,” said Florida Rep. Matt Gaetz.

“Part of me wishes that I didn't read it because I don't want to believe that those kinds of things could be happening in this country that I call home and love so much,” added Mark Meadows, chair of the House Freedom Caucus.