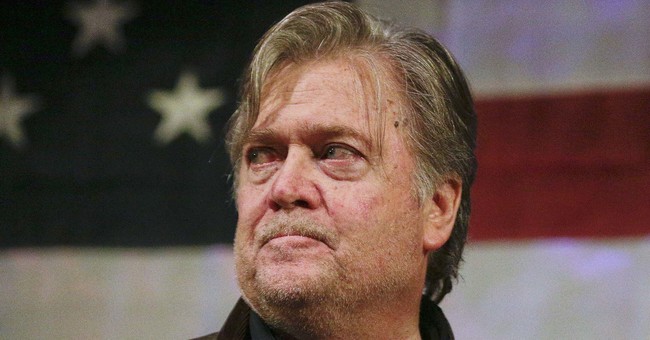 Bannon’s statements, including the fact that he believed Donald Trump Jr.’s meeting with the Russian lawyer was treasonous, prompted Trump to issue a scathing rebuke of his former adviser.

In an official statement, the president said Bannon “not only lost his job [when he was fired], he lost his mind.”

Trump totally torches Bannon: “When he was fired, he not only lost his job, he lost his mind.” Full statement: pic.twitter.com/ElhChPiOx8

The cease-and-desist letter sent Wednesday night threatens Bannon with “imminent” legal action, noting that he violated a non-disclosure agreement he signed during the campaign.

Bannon’s comments, he added, give rise to “numerous legal claims including defamation by libel and slander, and breach of his written confidentiality and non-disparagement agreement with our clients. Legal action is imminent.”

Harder gave Bannon 24 hours from the time of his writing to comply with the demands made in the letter.

“You know I support him day in and day out, whether going through the country giving the Trump miracle speech or on the show or on the website,” he told one caller.