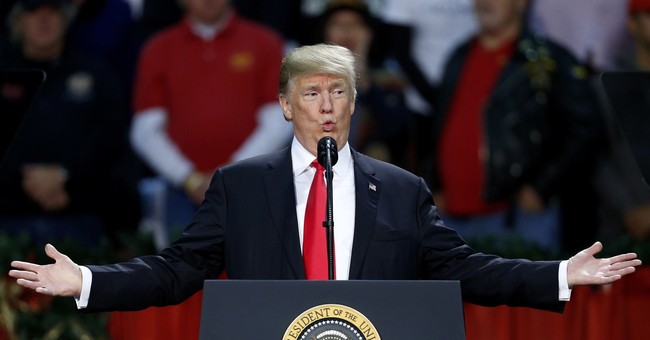 Women who have publicly accused President Trump of sexual harassment and assault will join together Monday morning to call for a congressional investigation into his actions.

In the 10:30 a.m. news conference, which will be hosted by Brave New Films, the women will demand accountability.

“The women will share their firsthand accounts of President Trump groping, fondling, forcibly kissing, humiliating and harassing women,” the press release states. “They are among the at least sixteen women who have come forward to accuse the president of sexual misconduct. Their disturbing allegations came to light before the post-Weinstein era of accountability for sexual misconduct and the rise of the #MeToo movement.”

NEW: Women who have publicly accused President Trump of sexual harassment and assault will speak at a news conference, hosted by @bravenewfilms, Monday at 10:30 a.m. ET. The women are calling for an investigation by Congress of sexual misconduct by the president. pic.twitter.com/MSPevMF0os

“The video, which has been viewed over six million times, compiled their stories in one place for the first time,” according to the press statement. “Now they are gathering in person to speak out and call for accountability.”

When asked if the White House's "official" position is that the women are lying, Press Secretary Sarah Huckabee Sanders said yes.

“Yeah, we’ve been clear on that from the beginning and the president has spoken on it,” she said Friday.

Trump said during a press briefing last week the allegations are “made-up stuff.”

“All I can say is it’s totally fake news — just fake … and it’s disgraceful what happens,” he said. "These are stories that are made up, these are total fiction. You'll find out that, in the years to come, these women that stood up, it was all fiction," he added. "They were made up. I don't know these women, it's not my thing to do what they say.”

Nikki Haley, U.S. ambassador to the United Nations, said, however, that the women deserve to be heard.

“They should be heard, and they should be dealt with,” she said on CBS’s “Face the Nation.” “And I think we heard from them prior to the election. And I think any woman who has felt violated or felt mistreated in any way, they have every right to speak up.”