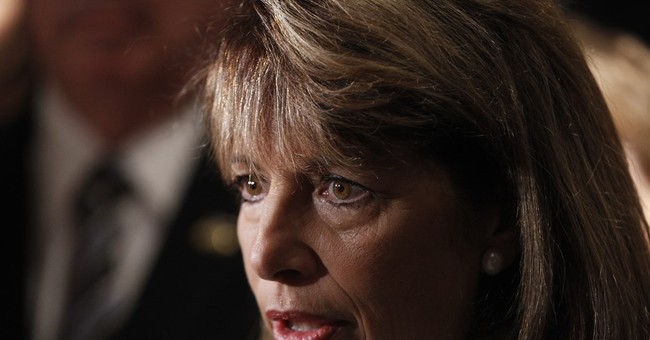 Democratic Rep. Jackie Speier had no excuses for her colleague Rep. John Conyers’s behavior, calling on the Michigan Democrat to step down after former staffers have accused him of inappropriate sexual behavior.

The California lawmaker went as far as to liken his behavior to "that of a predator.”

"I have said from the beginning of the week that I believe the victims. I think when the staffer who had a settlement broke her nondisclosure agreement and went on TV to explain what happened to her, I was convinced that there was a pattern of conduct by Rep. Conyers that is really, without any fear of contradiction, is that of a predator," Speier said Friday on CNN's "New Day."

"We cannot stand by as members of Congress and say we have zero tolerance and then let someone continue to conduct himself in the manner that he has for many years with many of his staff," she added.

Rep. Jackie Speier on calling for Rep. John Conyers' resignation: "We cannot stand by as members of Congress and say we have zero tolerance and then let someone continue to conduct himself in the manner he has" https://t.co/Bt5g6aLip4

The congresswoman is co-authoring legislation with Sen. Kirsten Gillibrand (D-NY) to update the process of reporting sexual harassment in Congress.

She said the current method, which is secretive and takes months, cannot remain in place.

“I think it was a system set up in 1995 to protect the harasser. This is not a victim-friendly process,” Speier said Sunday on ABC’s “This Week."

She said one victim she spoke to told her “the process was almost worse than the harassment.”

Conyers settled a claim in 2015 from a former staffer who says she was fired for refusing the lawmaker's sexual advances. Other women have also come forward with allegations Conyers sexually harassed them.

He is facing growing calls to resign.