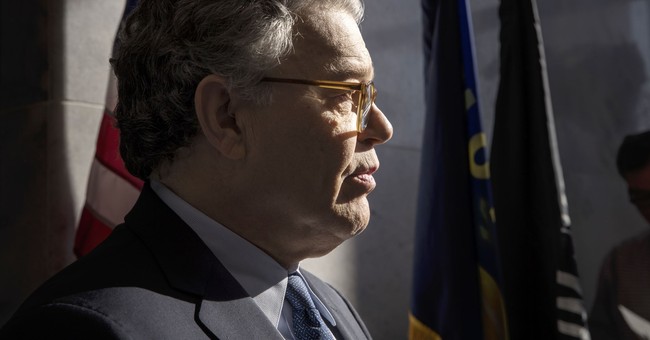 The Senate Ethics Committee will investigate the allegations of sexual misconduct against Sen. Al Franken and some Democrats are calling for the results to be made public.

Four women have come forward accusing the Minnesota Democrat of groping them and forcibly kissing one—sports broadcaster Leeann Tweeden, who also has an image of the groping incident that occurred on a USO tour in Afghanistan. Franken, then a comedian, is pictured smiling and putting his hands over her breasts while she was sleeping in a flak vest aboard a military aircraft.

Franken has repeatedly apologized and said he was “ashamed” and “embarrassed” by the allegations and hoped to become a “better man.”

He also said he’d “be open” to having the results of the Senate’s ethics investigation made public, and some of his colleagues on the Judiciary Committee agree.

"They should be made public," said Connecticut Sen. Richard Blumenthal, adding that he is "very optimistic" the Ethics Committee will release all information uncovered.

"The findings of the ethics investigation, I would think so," said Sen. Dianne Feinstein of California. "In the occasion of a public official, I would think people should have the opportunity to see what the involvement is."

"First of all everybody who behaves this way should be held accountable," Hawaii Sen. Mazie Hirono told Business Insider, noting that she supports Franken's openness about making the investigation's findings public.

"And whatever the Ethics Committee decides that I think we also need to change the House and Senate procedures and how these complaints are handled because right now it’s sort of one-sided in my view," Hirono said. (Business Insider)

The findings of the ethics investigation are unlikely to result in any sort of punishment, however.

“I would not expect any action to come out of the Senate Ethics Committee on any of these charges,” Craig Holman, Government Affairs lobbyist for the consumer advocacy group Public Citizen, told The Washington Examiner regarding the investigations of Franken, Sen. Bob Menendez, D-N.J., and possibly Roy Moore should he win the Alabama Senate race.

“The Senate Ethics committee is not only very slow, it is dysfunctional and fairly secretive. We really don’t know what is going on when it comes to ethics enforcement of the Senate, except for the fact that very little is going on.”