Trump Dismisses Lack of Nominees Being a Problem: 'I Am the Only One That Matters' 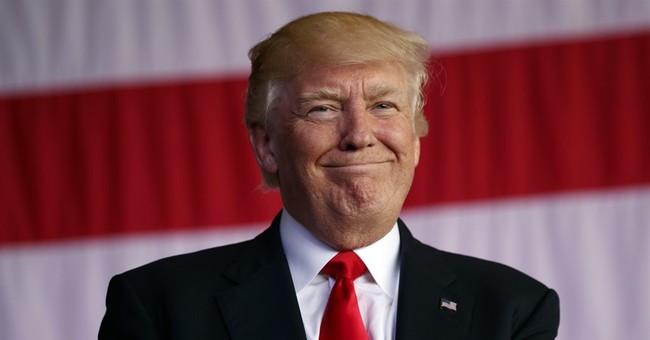 President Trump is unfazed that several key positions within the State Department are not filled, telling Fox News's Laura Ingraham Thursday that he is the only one who matters in pushing his agenda through.

The host asked whether he was concerned about not having enough of his own nominees at State to carry out his vision, which happened at times during former President Ronald Reagan’s administration when the Department actually undermined his agenda.

"We don't need all the people that they want," Trump replied. "Don't forget, I'm a business person and I tell my people 'well you don't need to fill slots, don't fill them.'"

He admitted he wasn’t happy with some people there but ultimately he was the only person who mattered.

A number of top positions at State remain unfilled, but this is by design, he argued, also placing some blame on Senate Democrats for obstruction.

"We're filling up roles. And, don't forget, Schumer and the Democrats are just obstructing. You can't get anything through. We have almost about half the number of people coming through as Obama had. They are obstructing," Trump said.

"We have to get our people in. But in addition to that, we don’t need all of the people, you know, it’s called cost saving. ... There's nothing wrong with cost saving."

The White House has set a goal to reduce the State Department’s budget by 30 percent, which Secretary of State Rex Tillerson has been working to accomplish through his “redesign plan.”

"The most important thing I can do is to enable this organization to be more effective, more efficient,” Tillerson said in September. “Because if I accomplish that, that will go on forever and you will create the State Department of the future."