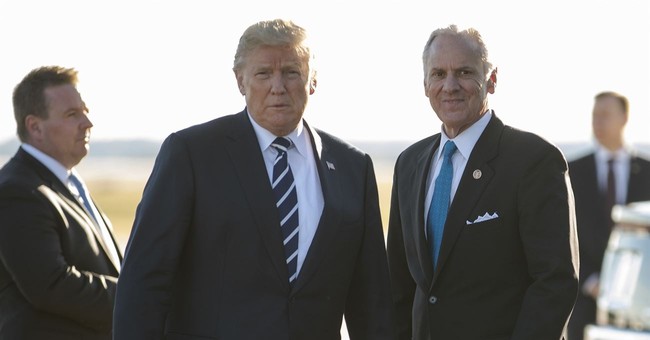 The Republican governor announced a new effort Monday to ensure illegal immigrants have no place to hide in The Palmetto State.

Governor Henry McMaster was joined today by members of the General Assembly to announce a new law enforcement initiative to ensure that no South Carolina municipalities become “sanctuary cities” and to establish, in state law, a mechanism through which local officials must annually prove compliance with existing immigration law.

Sponsored by Rep. Bruce Bannister, the proposed legislation would supplement existing law that requires reasonable efforts be made to determine whether a person in custody and charged with a criminal offense is an unlawful alien. […]

Additionally, the legislation would require political subdivisions – defined as any local government entity eligible for funding from the Local Government Fund – to verify compliance with state immigration laws to the South Carolina Law Enforcement Division (SLED) before July 1 of each fiscal year. If a political subdivision is found not to be in compliance, that subdivision will be ineligible for Local Government Fund appropriations for a minimum of three consecutive fiscal budget years, and will be subject to SLED oversight. (Office of the Governor Press Release)

“Our cities are open to all who follow our laws, but are not sanctuaries for those who ignore them. South Carolina is a special place, known for the kindness and welcoming nature of its people, but it’s also a place that values law and order, and this bill will serve as a strong message to all that we will not tolerate lawlessness,” McMaster said in a statement.

According to Bannister, “the public has no way of knowing if local municipalities are complying with state and federal immigration laws.”

“This bill provides a necessary fix, and reaffirms our commitment to law and order,” he added.