CIA Director on Russian Meddling: No, They Didn't Affect the Outcome of Election 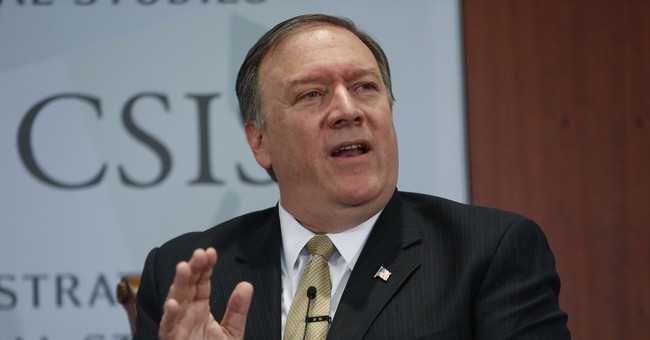 As if we really need to keep talking about Russian meddling in U.S. politics, according to CIA Director Mike Pompeo, their efforts did not affect the results of the 2016 election.

“The intelligence community’s assessment is that the Russian meddling that took place did not affect the outcome of the election,” Pompeo stated, adding that their attempts to influence U.S. elections “is not new.”

In fact, he said, “the Russians have been at this an awfully long time.”

So long as Russian President Vladimir Putin is in charge, Pompeo said he suspects it will only continue to be a threat.

Not surprisingly, the director’s comments didn’t sit well with some Democrats.

“I was deeply disappointed to learn that CIA Director Pompeo today asserted that the intelligence community had found that Russian interference in our election did not affect the outcome. In fact, the Intelligence community made no such finding, nor could it,” he said in a statement.

Schiff was referring to the intelligence community’s January report, which made no assessment one way or the other, but noted “that the types of systems Russian actors targeted or compromised were not involved in vote tallying.”

“This is not the first time the Director has made statements minimizing the significance of what the Russians did, but it needs to be the last,” Schiff added.

“The intelligence assessment with regard to Russian election meddling has not changed, and the Director did not intend to suggest that it had,” said Dean Boyd, the director of the CIA’s office of public affairs.

Share this on Facebook
Tweet
Fauci Says Everyone Coming into the U.S. Should Be Tested...But There's a Catch
Katie Pavlich
CNN Reporter: Actually, Chris Cuomo Will Be Back
Matt Vespa
Justice Thomas Asks: Where Is the Right to Abortion in the Constitution?
Katie Pavlich