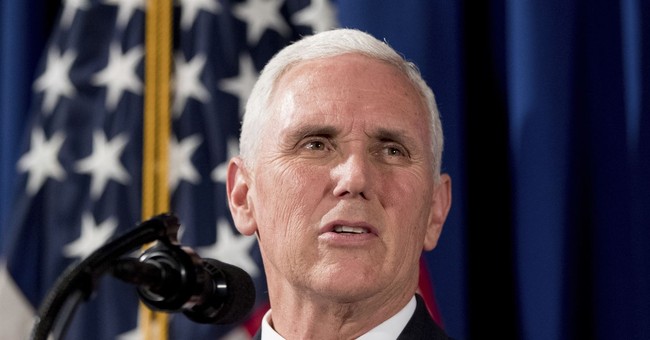 According to IRS forms, Greg Pence, one of the vice president’s older brothers, filed the Greg Pence for Congress Committee on Monday.

He has not filed his statement of candidacy with the Federal Election Commission yet, however, which must be done within two weeks of launching a campaign.

Ahead of his bid, Pence signed on to assist Rep. Luke Messer (R-Ind.), who currently holds the congressional seat, in Messer's bid for Senate as his finance chairman. Messer has to vacate his seat in order to run, opening the door for Pence's bid. […]

Pence has long been rumored as a candidate for the open seat and would immediately become the strong favorite to win in the Republican-leaning district. With the prospect of a Pence bid looming over the race, the five Republican candidates who have already announced bids there have raised little money, making it even more likely for him to clear the field. (The Hill)

Bob Grand, a Republican fundraiser and major player in Indiana politics, has said Greg would be a great candidate.

"He’s a community leader, he’s been involved in this community, he’s obviously got good name ID. I think all those things are positive,” he told the AP earlier this year when Greg's name was first raised as a possibility for the seat.

Others, however, feel the move runs counter to President Trump's pledge to drain the swamp.

“They are trying to anoint someone because of his last name,” Jonathan Lamb, who's also running in the congressional district’s GOP primary, told the AP. “That’s the epitome of the good old boys’ club.”