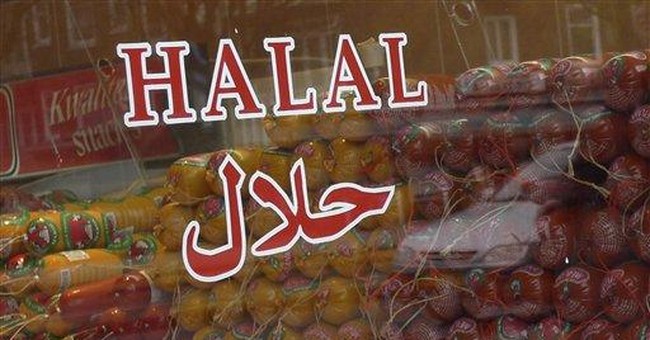 In 2009 Curtis Bledsoe, now known as Abdulhakim Muhammad, fatally shot one U.S. soldier and injured another outside of a military recruiting station in Little Rock, Arkansas. In his explanation for why he murdered Pvt. William Long, he cited his religion, saying he’s “loved jihad every since I became Muslim.”

He’s been locked up since 2012 and now he’s making dietary demands on the prison, taking the Department of Correction to court for not providing him halal food every day.

A federal judge began hearing testimony Monday that the prison is violating his religious freedom by refusing him this special diet that adheres to his Muslim faith.

Halal food, or permitted food, according to Muhammad, means meat from herbivorous animals that are killed in accordance with a specific ritual. Haram, or prohibited food, includes meat from carnivorous animals, pork, meat from animals not slaughtered according to ritual, and food that contains certain ingredients such as animal byproducts, diglycerides, monoglycerides, pepsin, gelatin, and alcohol. Kosher meats are an acceptable alternative, he said.

"Mr. Muhammad sincerely believes as a practicing Muslim he must consume a halal diet," said his attorney Jess Askew.

Muhammad complained in a 2015 lawsuit that court decisions in 2002 and 2006 led the department to begin serving kosher food for inmates whose religions required it, but that it won't accommodate him in the same way.

From about 2002 until 2008, when an inmate whose litigation prompted the regular serving of kosher meals was transferred to another state, the department supplied two prepackaged kosher meals a day to inmates who requested a kosher diet, at cost of $5.45 per meal, Skillen said. The meals were called "My Own Meals" and were purchased to comply with a court order. Skillen testified that an attempt to reduce that cost led to the development of common-fare meals, which require separate kitchens and separate sets of pots and pans.

The prison system has about 1,700 Muslim inmates among the "dozens" of faiths represented in the prison population, according to testimony by Joshua Mayfield, administrator of chaplaincy services for the past three years. He said the department offers special accommodations for Muslim inmates, such as making a prayer service available every Friday, allowing them to participate in Ramadan and even providing a full-time chaplain who is Muslim.

Virtually all Muslim inmates are on a pork-free diet, Mayfield said, noting that those with additional needs are often placed on the common fare diet. He said he believes that the halal diet Muhammad requests is available through the prison's current offerings, and that he hasn't requested any specific purchases of halal food.

He testified that there are "several definitions of halal" and that while pork-free diets don't satisfy every definition, "there are many other Muslim inmates for whom it does." (Arkansas Online)

As Robert Spencer of Jihad Watch asked, “If he had murdered Long out of adherence to Nazi principles, would the Arkansas Department of Correction be obliged to accommodate his adherence to Nazism in prison?”