McMaster: Iran Is ‘Crossing the Line’ on Parts of Nuclear Deal 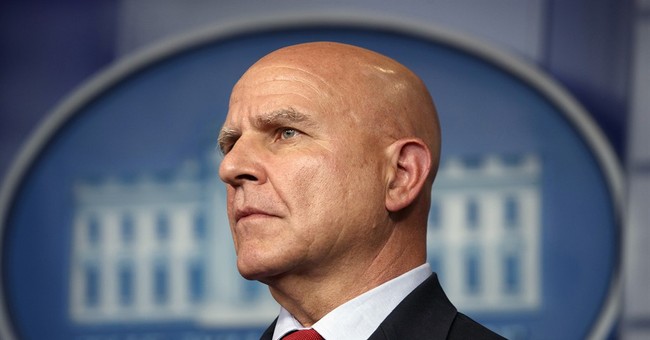 Discussing the issue on “Fox News Sunday,” host Chris Wallace pointed out that Trump, who repeatedly slammed the nuclear deal on the campaign trail, could’ve re-imposed sanctions that were lifted due to the agreement but he hasn’t.

"I know he has to recertify in October whether or not they are complying with it, all this talk about tearing up the agreement, in fact, isn't he going to live with it and try to find other ways to confront Iran on other fronts?" Wallace asked.

"Well, we have to see what live with it means, right?" McMaster replied. "Live with can't be giving this regime cover to develop a nuclear capability. And so, a lot of things have to happen immediately, rigorous enforcement of that agreement. It is under-enforced now. We know Iran has already violated parts of the agreement by—"

Wallace interrupted to clarify that the IAEA has said Iran is in compliance with the deal.

"Well, the IAEA has identified and we've identified some of these breaches that Iran has then corrected," McMaster responded. "But what does that tell you about Iranian behavior? They’re not just walking up to the line on the agreement. They’re crossing the line at times."

McMaster also reiterated Trump’s stance on the agreement, calling it the “worst deal.”

"It gave all these benefits to the Iranian regime up front, and these benefits now they're using to foment this humanitarian catastrophe in the greater Middle East," he said.

Iran continues to be the world’s largest state sponsor of terrorism. Additionally, they sent soldiers to Syria last month in violation of the deal and have also expanded their ballistic missile technology with the help of North Korea.

Earlier this month Reuters reported that President Trump was considering a strategy that would allow the U.S. to respond more aggressively to Iran.