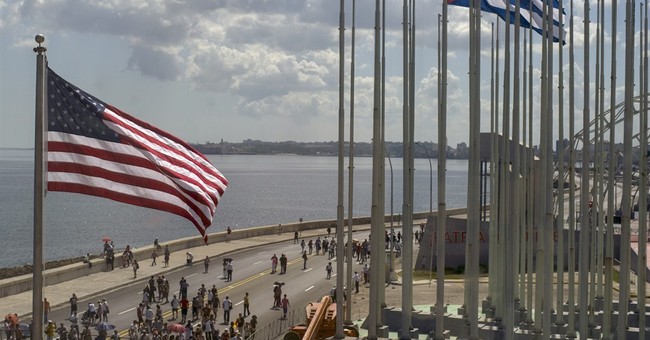 Diplomats in Cuba faced yet another mysterious attack last month, the State Department acknowledged Friday, despite beliefs that they stopped long ago.

"We can confirm another incident which occurred last month and is now part of the investigation," said State Department spokeswoman Heather Nauert, who added that the U.S. is updating its assessments of the scope of the attacks as more information is gathered.

The investigation is still underway, she said.

U.S. officials had previously said that the attacks, initially believed to be caused by a potential covert sonic device, had started in fall 2016 and continued until spring 2017. Last week, Nauert had said at least 16 Americans associated with the U.S. Embassy in Havana had been affected, but that the "incidents" were no longer occurring.

The evolving U.S. assessment indicated investigators were still far off from any thorough understanding of what transpired in the attacks, described by the U.S. as unprecedented. As the bizarre saga has unfolded, the U.S. has encouraged its diplomats to report any strange physical sensations. So it's unclear whether some symptoms being attributed to the attacks might actually be unrelated.

Still, the fact there was an incident as recently as August suggested the attacks likely continued long after the U.S. government became aware of them and ostensibly raised the issue with the Cuban government, creating even more uncertainty about the timeline and who was responsible. (AP)

The attacks also affected at least one Canadian diplomat, but it’s unclear whether the person was targeted or was “collateral damage from an attack aimed at Americans.”

The incidents occurred at the diplomats’ homes in Havana—they did not happen at the U.S. Embassy.

The U.S. has not accused the Cuban government of being the perpetrator of the attacks but called on the country to investigate the cause.

Cuba has denied any involvement in the mysterious attacks.