Report: Trump's Business Wanted to Open a Trump Tower in Moscow While He Was Campaigning 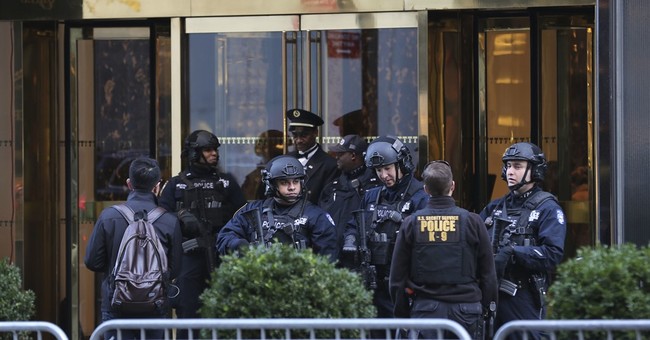 Trump Organization executives and investors almost reached a deal to launch a large scale development project in Moscow while President Trump was running for office in late 2015 and early 2016, according to a report.

Felix Sater, a Russian-born developer, wanted Trump to come to Moscow to discuss the proposal to build a Trump Tower in the city. He even said he could get Russian President Vladimir Putin to say “great things” about Trump, the Washington Post reported Sunday.

Although Trump never did visit Moscow, a letter of intent was signed between investors and Trump’s company. The project lacked the land and permits to get off the ground, however. So, by the end of January 2016, right before the presidential primaries kicked off, the proposed project was laid to rest.

Nevertheless, the details of the deal, which have not previously been disclosed, provide evidence that Trump’s business was actively pursuing significant commercial interests in Russia at the same time he was campaigning to be president — and in a position to determine U.S.-Russia relations. The new details from the emails, which are scheduled to be turned over to congressional investigators soon, also point to the likelihood of additional contacts between Russia-connected individuals and Trump associates during his presidential bid. [...]

The negotiations for the Moscow project ended before Trump’s business ties to Russia had become a major issue in the campaign. Trump denied having any business connections to Russia in July 2016, tweeting, “for the record, I have ZERO investments in Russia” and then insisting at a news conference the following day, “I have nothing to do with Russia.”

White House officials as well as Trump’s lawyers declined to comment to the Post for the story.