Guam's Governor Is Happy With Trump's 'Fire and Fury' Comment 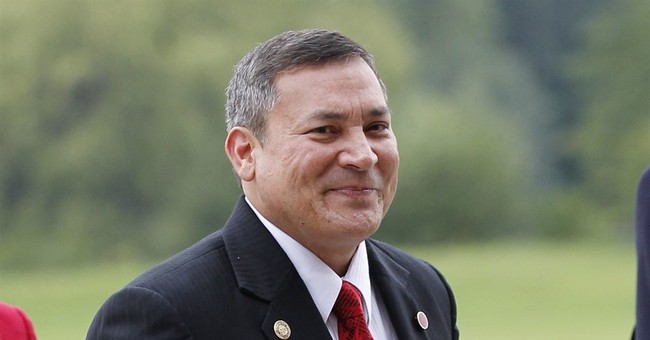 While some politicians—Democrat and Republican alike—believed Trump’s “fire and fury” comments regarding North Korea did more to exacerbate tensions with Pyongyang than they did to help, the governor of Guam said he’s glad the president spoke the way he did.

"As far as I’m concerned, as an American citizen, I want a president that says that if any nation such as North Korea attacks Guam, attacks Honolulu, attacks the west coast, that they will be met with hell and fury," said Gov. Eddie Calvo during an interview on "Tucker Carlson Tonight."

"This is similar to Hawaii," he added. "So it’s important that as we make decisions that those folks that are in a position of leadership that they understand, too, that war is the last option because not only will tens of thousands of American military forces and dependents be affected by a regional war but because the western Pacific has American soil in it, a couple hundred thousand Americans could get caught in the cross hairs."

North Korea announced its plans Wednesday to target Guam by launching four intermediate-range missile that would land in the sea around the U.S. territory.

“The Hwasong-12 rockets to be launched by the KPA [Korean People’s Army] will cross the sky above Shimani, Hiroshima and Koichi prefectures of Japan,” said a statement attributed to General Kim Rak Gyom, head of North Korea’s strategic forces. “They will fly for 3,356.7 km for 1,065 seconds and hit the waters 30 to 40km away from Guam.”

Calvo discussed the defense systems in place in case of an attack and stressed the need “to be strong, but at the same time be calm.”

“I’ve had enough briefings with the military, there’s a multilayered defense starting from Korea, Japan as well as in the western pacific as well as our assets here in Guam with the THAAD missile defense system that American communities will be protected," Calvo said.