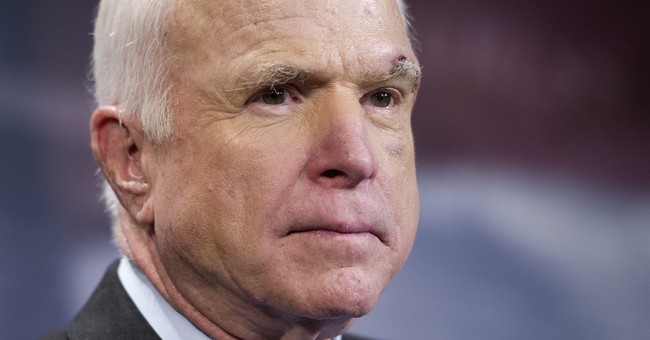 Sen. John McCain offered an explanation Friday for why he joined Democrats and two of his Republican colleagues in voting against the “skinny” repeal of Obamacare, saying he did not believe it would “actually reform our health care system.”

"While the amendment would have repealed some of Obamacare’s most burdensome regulations, it offered no replacement to actually reform our health care system and deliver affordable, quality health care to our citizens,” McCain said in a statement.

"The Speaker's statement that the House would be ‘willing’ to go to conference does not ease my concern that this shell of a bill could be taken up and passed at any time," he added.

McCain, who came back to Washington this week after surgery related to his brain cancer diagnosis, cast the deciding vote against the legislation. He joined Republican Sens. Susan Collins and Lisa Murkowski in opposing the bill.

Ahead of the vote he did not reveal his intentions, only telling reporters to “wait for the show.”

The Arizona senator said he opposed one of the “major failures” of Obamacare, which was that it was “rammed through Congress by Democrats on a strict-party line basis without a single Republican vote.”

He did not feel it was right for Republicans to do the same.