Tillerson: Trump's Not 'Walking Away' From Addressing Climate Issues 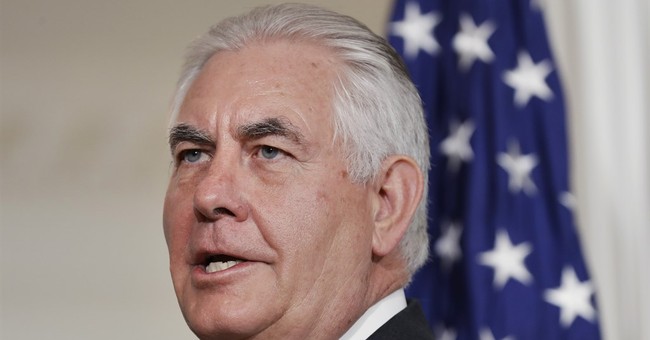 Secretary of State Rex Tillerson came to President Trump’s defense Monday over his decision to pull the U.S. out of the Paris Climate Agreement.

“He’s not walking away from it," Tillerson said at a news conference in Sydney, Australia, the Associated Press reports.

"He’s simply walking away from what he felt was an agreement that did not serve the American people well."

The president is looking at “perhaps a new construct of an agreement,” he added, noting that Trump believes the issue “is still important and that he wants to stay engaged.”

In announcing his decision to withdraw the United States from the accord, Trump said he’s “willing to immediately work with Democratic leaders to either negotiate our way back into Paris, under the terms that are fair to the United States and its workers, or to negotiate a new deal that protects our country and its taxpayers.”

“I will work to ensure that America remains the world’s leader on environmental issues, but under a framework that is fair and where the burdens and responsibilities are equally shared among the many nations all around the world,” he added.