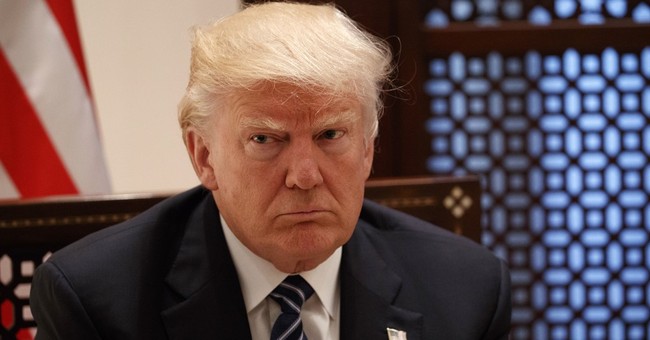 “I extend my deepest condolences to those so terribly injured in this terrorist attack and to the many killed and the families – so many families of the victims. We stand in absolute solidarity with the people of the United Kingdom,” he said.

The suicide bomb was reportedly packed with nails and bolts and detonated as Ariana Grande’s concert ended, killing 22—including children—and injuring dozens of others.

"So many young beautiful innocent people living and enjoying their lives murdered by evil losers in life. I won't call them monsters because they would like that term. They would think that's a great name. I will call them from now on losers because that's what they are."

Trump delivered his remarks in the West Bank city of Bethlehem where he was working to advance peace talks with Abbas on the Israeli-Palestinian conflict.

The president urged all countries to fight terrorism together: “The wicked ideology must be obliterated.”

"Our society can have no tolerance for this continuation of bloodshed. We cannot stand a moment longer for the slaughter of innocent people. And in today's attack it was mostly innocent children. The terrorists and extremists and those who give them aid and comfort must be driven out from our society forever," Trump said.