Trump in Israel: 'Iran Must Never Be Allowed to Possess a Nuclear Weapon' 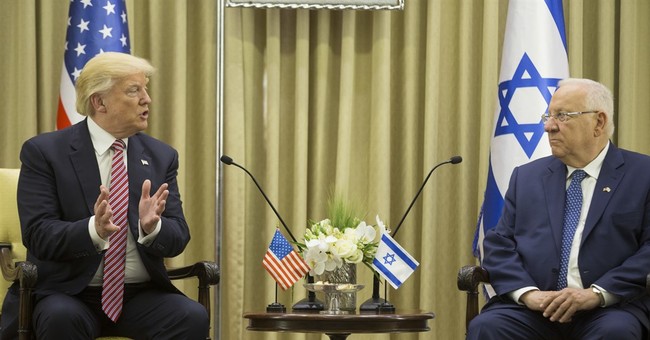 During a news conference with Israeli President Reuven Rivlin Monday, President Trump said he was there to “reaffirm the enduring friendship between the United States and the state of Israel.”

This relationship, the president said, was No. 1 to him.

Trump also called out Iran as one of the global security challenges both countries face.

“This moment in history calls for us to strengthen our cooperation as both Israel and America face common threats from ISIS and other terrorist groups to countries like Iran that sponsor terrorism and fund and foment terrible violence, not only here but all over the world,” Trump said.

“Most importantly the United States and Israel can declare with one voice that Iran must never be allowed to possess a nuclear weapon—never ever.”

And Israel is not alone in the Middle East in recognizing the threat from Iran, Trump said.

“There is a growing realization among your Arab neighbors that they have common cause with you and the threat posed by Iran and it is indeed a threat,” he said.