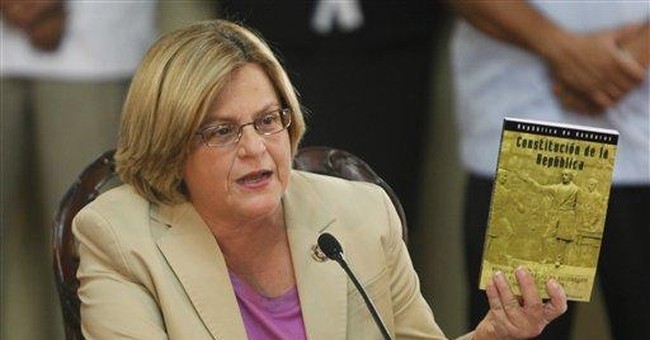 Rep. Ileana Ros-Lehtinen announced she will not seek re-election in 2018, The Miami Herald reported Sunday.

The Florida Republican has served Miami since 1989 and was the first Cuban-American elected to Congress.

“It's been such a delight and a high honor to serve our community for so many years and help constituents every day of the week,” she told the newspaper. “We just said, ‘It's time to take a new step.’”

Ros-Lehtinen said her departure is not related to disagreements with the Trump administration or with the House Freedom Caucus.

“I've served under all kinds of different dynamics in all these years that I've been in office here,” she said. “Though I don't agree with many, if not most, positions of President Trump.”

Having Republicans control the House, Senate, and White House has made her moderate views stand out more now than they did before, she said.

“I'm not one of those name-callers that think the Democrats don’t have a single good idea. Too many people think that way, and I think that's to the detriment to civility and of good government,” she told the paper, noting, however, that “it's not been part of the calculation of retiring.”

Ros-Lehtinen, 64, insisted she could win the next election, but told the paper that the thought of serving in Congress wasn’t appealing anymore.

“There was no epiphany. There was no moment, nothing that has happened that I've said, “I've got to move on,’” Ros-Lehtinen said. “It was just a realization that I could keep getting elected — but it's not about getting elected.”

She beat her Democratic challenger last November in Florida’s redrawn 27th district by only 10 points—her closest race in years.

The 27th district includes a stretch of Miami-Dade County “that leans so Democratic that Hillary Clinton won it over Donald Trump by 20 percentage points,” the Miami Herald notes. “It was Clinton's biggest margin of any Republican-held seat in the country.”

This, of course, is not good news for the GOP. After word of her retirement got out, one group analyzing the parties’ chances in 2018 changed its rating of the race from “likely Republican” to “leans Democrat.”

“It'll be a good, hard-fought fight, because it’s an even-keeled district,” Ros-Lehtinen said of the race to fill her seat.

Democrats and Republicans alike expressed their gratitude for her years of service after hearing the news.

“Not only is @RosLehtinen a tireless advocate for freedom & human rights – she is my friend,” Sen. Marco Rubio tweeted. “Florida will miss her.”

“Although I started in politics running against her & despite our differences, I want to thank @RosLehtinen for her service to our community!” Annette Taddeo tweeted.