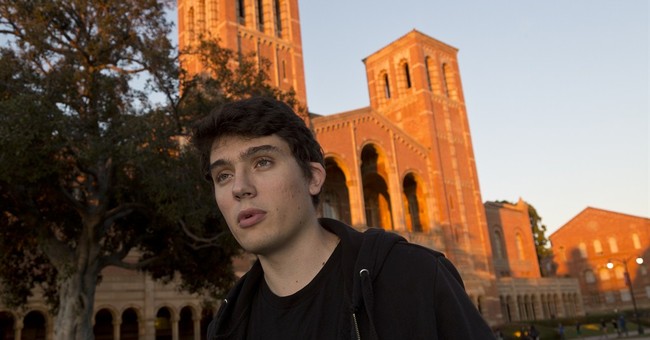 The University of Maryland has created a position to aid illegal immigrant students in the Trump era.

The “undocumented student coordinator” job is full time and was developed in response to a demand by student group ProtectUMD for a staffer that will “advocate for, advise, represent, and protect undocumented and DACAmented students,” reports The Diamondback.

A spokesperson for the university said a university staffer will now fulfill the duties of the new coordinator position.

“As part of the university's ongoing commitment to undocumented students…We are assigning a UMD staff person to serve as a coordinator to address the immediate needs of the undocumented student population," Lawson stated. "We will continue to assess the need for staff support moving forward."

Erica Fuentes, a UMD student and the president of Political Latinxs United for Movement and Action in Society told The Washington Post that a coordinator could help illegal immigrant students who want to apply to state schools.

“Applying to a state institution can be difficult for undocumented students,” Fuentes said. “A lot of times college applications require students to disclose personal information about themselves, oftentimes [asking] residency questions and things like that.”

A coordinator could also give “emotional counsel and support,” Fuentes explained, because “undocumented students face a lot of issues because they’re balancing going to school, oftentimes paying their tuition entirely out of pocket because they don’t qualify for financial aid.”

In addition to the coordinator, UMD will also be creating an “undocumented student work group” as well as a web page with resources for illegal immigrant students.