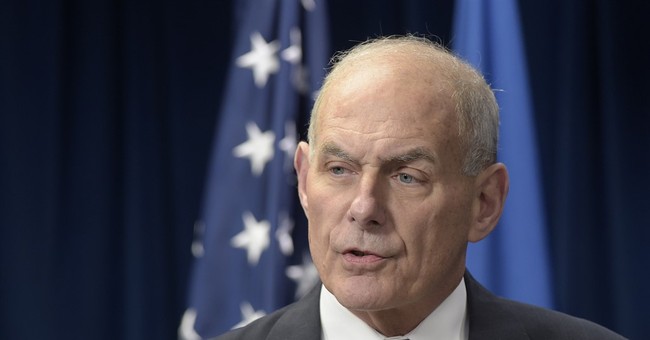 The Department of Homeland Security on Monday issued its first ‘detainer’ report, identifying sanctuary cities where local police have released illegal immigrants despite requests by federal authorities to detain them.

The report lists 118 law enforcement agencies that refused to cooperate with federal authorities.

The new report by the Department of Homeland Security says that during one week this year, it learned of 206 people released from local jails despite “detainer” requests. In these cases, the Immigration and Customs Enforcement agency asks local police to hold illegal immigrants for up to 48 hours, long enough for ICE officers to pick them up and put them into deportation proceedings.

The report comes at a time when many cities have reaffirmed or declared themselves “sanctuaries” and refused to hold people in jail once they are otherwise free to go. The administration has already threatened to pull federal grant money from cities that don’t cooperate; now it is trying a sort of public shaming.

“When law enforcement agencies fail to honor immigration detainers and release serious criminal offenders, it undermines ICE’s ability to protect the public safety and carry out its mission,” he said. “Our goal is to build cooperative, respectful relationships with our law enforcement partners. We will continue collaborating with them to help ensure that illegal aliens who may pose a threat to our communities are not released onto the streets to potentially harm individuals living within our communities.”

More than half of the 206 cases listed are from Travis County, Texas, where the sheriff said ICE requests would not be honored because the county’s jail “cannot be perceived as a holding tank for ICE.”

“Today’s report from DHS is deeply disturbing and highlights the urgent need for a statewide sanctuary city ban in Texas,” he said. “The Travis County Sheriff’s decision to deny ICE detainer requests and release back into our communities criminals charged with heinous crimes—including sexual offenses against children, domestic violence and kidnapping—is dangerous and should be criminal in itself.”

The reports will be published weekly as required by President Trump’s executive order Enhancing Public Safety in the Interior of the United States.