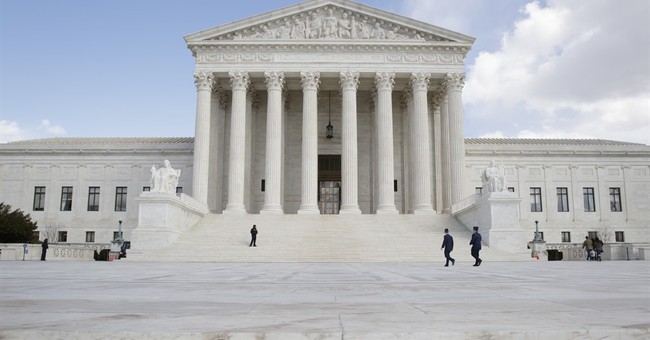 Transparency may finally be coming to the courtroom.

Sens. Chuck Grassley (R-IA) and Dick Durbin (D-IL) introduced legislation Thursday that would require the Supreme Court’s open proceedings to be televised, unless a majority vote by the Court rules that allowing cameras would violate the due process rights of a party before the Court.

“Decisions made by the Supreme Court impact the lives of all Americans in every corner of the country, but their proceedings often don't reach beyond the four walls of the court room.  And while we may disagree on the outcome of these cases, we can all agree that the American public deserves greater access to the arguments and decisions that will shape our society for years to come,” Durbin said in a statement.  “It’s time for the Supreme Court to embrace technology and transparency.”

Grassley said the Cameras in the Courtroom Act of 2017 “would also expand the people’s understanding of our judicial system.”

The Cameras in the Courtroom Act only applies to open sessions of the Supreme Court – sessions where members of the public are already invited to observe in person, but often cannot because there are a very limited number of unreserved seats in the Courtroom.  Allowing public scrutiny of Supreme Court proceedings would produce greater accountability, transparency, and understanding of our judicial system.

In 2016, the Government Accountability Office (GAO) released a report highlighting the value of broadcasting video and audio coverage of Supreme Court and other appellate court proceedings.  The report cites stakeholders who state that the benefits of such coverage include enhancing public access to the courts, educating the public on the judiciary, and providing a useful window into how courts think about the issues in a case.

The bipartisan legislation was introduced during “Sunshine Week,” a nationwide initiative marking the significance of public access to information.