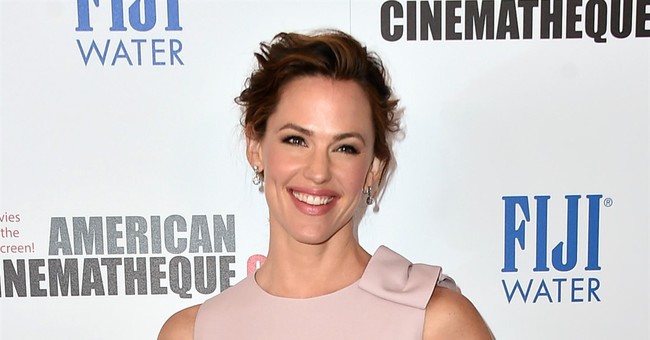 Liberal actress Jennifer Garner may not have supported Donald Trump in the 2016 election, but that doesn’t mean she’s not interested in working with his administration on issues she’s passionate about.

Garner, who campaigned and voted for Clinton in 2016, spent her weekend in Washington lobbying for the early education of poor rural children.

She spent Friday on Capitol Hill meeting dozens of top staff members. On Saturday, she delivered the keynote address before the annual National Governors Association winter meeting here. A potential sit-down with Ivanka Trump, who is advocating for more funding for child care, fell apart because of scheduling conflicts, but Garner remained optimistic about a face-to-face discussion soon.

Other Hollywood liberals have shunned the new commander in chief — notably during Sunday’s Academy Awards ceremony, when many jokes were told at President Trump’s expense. But Garner, a true-blue Democrat who campaigned for Hillary Clinton last year and held a fundraiser for Barack Obama in 2008, is taking a unique approach: pushing a cause that would benefit the new administration’s political base.

The West Virginia native has long worked to bring assistance to poor, rural communities in desperate need of it. She has no plans to change that just because most of those communities went big for Trump in last year’s election. In fact, she sees an opportunity to hold the president accountable for the pledges he made to the country’s rural working class.

“I’m looking forward to helping him make good on what they saw as promises, a mandate from him, that he was going to make their lives better,” the actress told The Washington Post.

Garner acknowledged that she stands out among her friends in her desire to engage the new administration, many of whom “want to turn their back to this administration.” But to her, political preferences take a back seat to her advocacy efforts.

“If he’s willing to help the poor kids who got him elected, then let’s do it. They certainly think he’s going to,” she told the Post.

Garner, who’s been on the board of Save the Children for nine years, even expressed an interest in meeting with the president directly.

“Send me a ticket to Mar-a-Lago. I’m ready to go down and have a steak and a good chat,” she somewhat jokingly told the Post. “I really think it’s great, if he’s willing to help the poor kids who got him elected.”